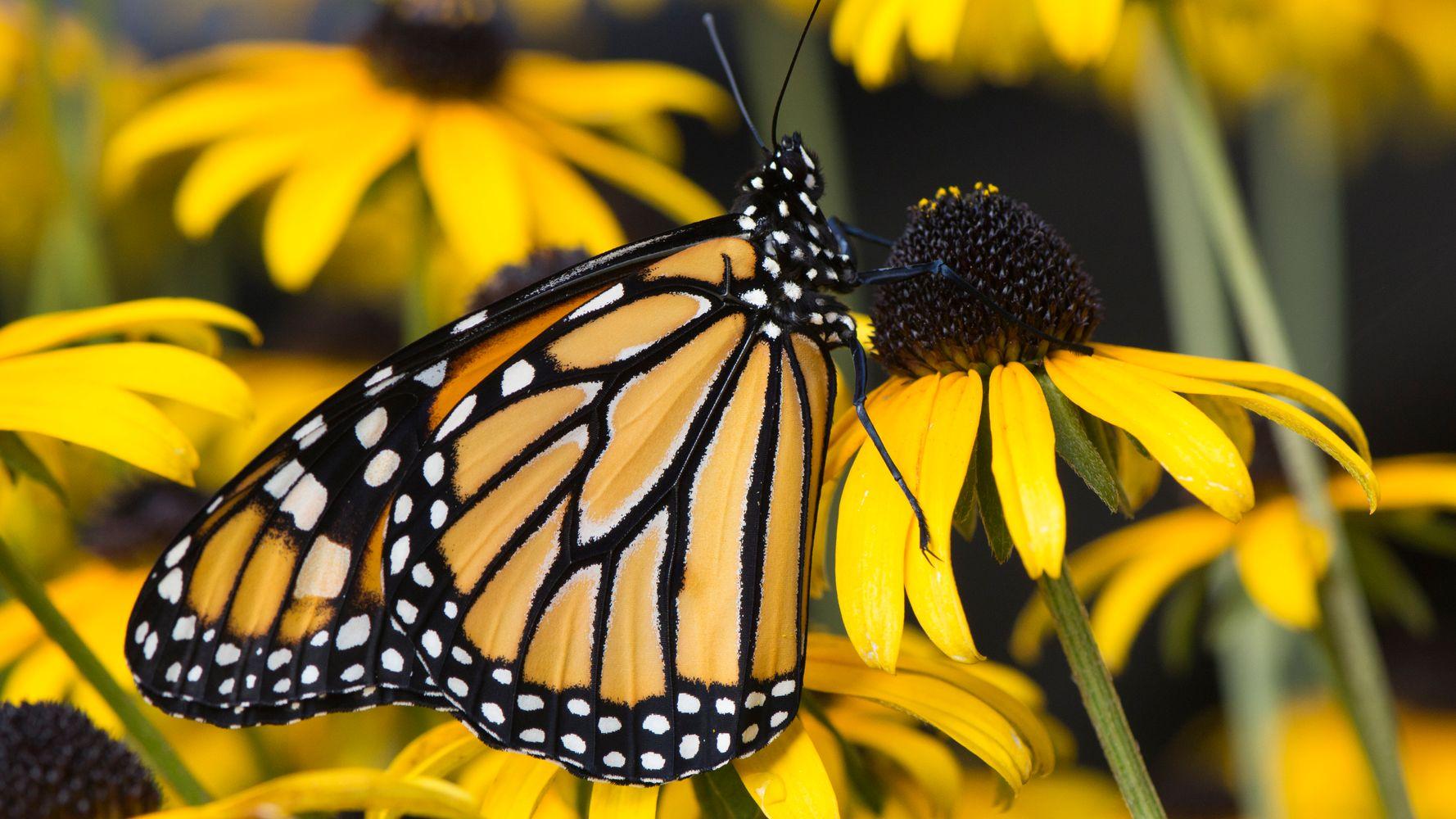 TRAVERSE CITY, Mich. (AP) — Federal officials on Tuesday declared the monarch butterfly “a candidate” for threatened or endangered status, but said no action would be taken for several years because of the many other species waiting for that designation.

Environmentalists said delaying that long could spell disaster for the beloved black-and-orange butterfly, once a common sight in backyard gardens, meadows and other landscapes now seeing its population dwindling.

The monarch’s status will be reviewed annually, said Charlie Wooley, head of the U.S. Fish and Wildlife Service’s Great Lakes regional office. Emergency action could be taken earlier, but plans now call for proposing to list the monarch under the Endangered Species Act in 2024 unless its situation improves enough to make the step unnecessary.

The proposal would be followed by another year for public comment and development of a final rule. Listing the monarch would provide a number of legal protections for the butterfly and its habitat.

Scientists estimate the monarch population in the eastern U.S. has fallen about 80% since the mid-1990s, while the drop-off in the western U.S. has been even steeper.

“We conducted an intensive, thorough review using a rigorous, transparent science-based process and found that the monarch meets listing criteria under the Endangered Species Act,” Fish and Wildlife Service Director Aurelia Skipwith said in a statement. “However, before we can propose listing, we must focus resources on our higher-priority listing actions.”

The delay will enable scientists to continue monitoring the butterfly’s numbers and the effectiveness of what Wooley described as perhaps the most widespread grassroots campaign ever waged to save an imperiled animal.

Since 2014, when environmental groups petitioned to list the monarch, school groups, garden clubs, government agencies and others around the nation have restored about 5.6 million acres (nearly 2.3 million hectares) of milkweed plants on which monarchs depend, Wooley said. They lay eggs on the leaves, which caterpillars eat, while adults gather nectar from the flowers.

The volunteer effort “has been phenomenal to see,” he said. “It has made a difference in the long-term survival of monarchs and helped other pollinators that are potentially in trouble.”

But advocacy groups say it has compensated for only a small fraction of the estimated 165 million acres (67 million hectares) of monarch habitat — an area the size of Texas — lost in the past 20 years to development or herbicide applications in cropland.

“Monarchs are too important for us to just plant flowers on roadsides and hope for the best,” said Tierra Curry, a senior scientist at the Center for Biological Diversity. “They need the comprehensive protection that comes only from the Endangered Species Act, which would save them and so many other beleaguered pollinators that share their habitat.”

The monarch’s plight is part of what the United Nations describes as a worldwide crisis threatening 1 million species — one of every eight on Earth — with extinction because of climate change, development and pollution.

Trump’s team also has weakened protections for endangered and threatened species in its push for deregulation. Among other changes, it limited consideration of climate change’s effects on animals when evaluating whether they should be protected.

Global warming is one of the biggest dangers to the monarch. It contributes to lengthening droughts and worsening storms that kill many during their annual migration.

About 90% of the world’s monarchs live in North America. Scientists measure their abundance by the size of the areas they occupy in Mexico and California, where they cluster during winter after flying thousands of miles from as far away as Canada.

The Fish and Wildlife Service estimates the larger eastern population declined from about 384 million in 1996 to a low of 14 million in 2013 before rebounding somewhat, reaching about 60 million last year.

But the California-based western group dropped from about 1.2 million in 1997 to fewer than 30,000 in 2019, with preliminary survey results this year showing another steep drop.

While such grim prospects qualify the monarch for listing, the Fish and Wildlife Service said the law allows delays when the agency has limited resources and must focus on higher-priority cases under consideration.

Species ahead in line might be worse off, or courts might have set deadlines for decisions on them.

The Great Lakes office, which is handling the monarch case, is considering nine others with higher- priority status. They include the little brown bat, the plains spotted skunk, the Illinois chorus frog, the golden-winged warbler, Blanding’s turtle, the Mammoth Springs crayfish, two freshwater mussels and a plant called Hall’s bulrush.