“Money Heist”: A Possible Premiere Date Of The Fifth Season Of The Netflix Series Is Filtered – Crossover 99 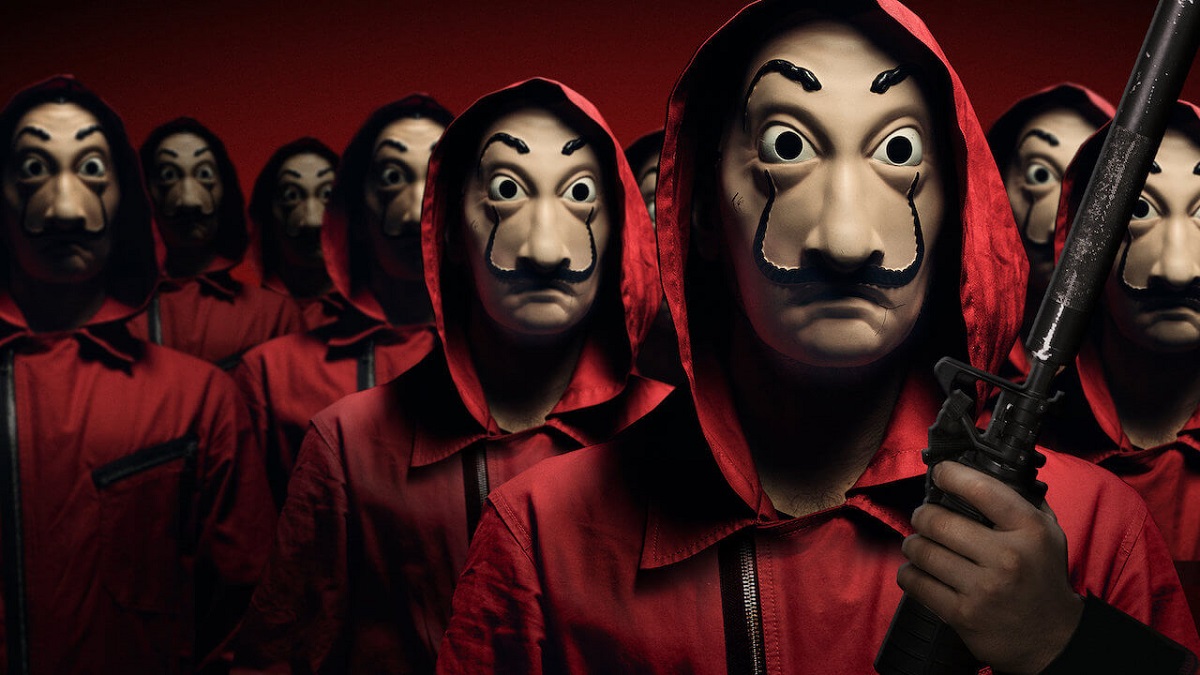 In 2017, a group of misunderstood people with criminal records came together to achieve one of the most incredible feats in history: robbing the Central Bank of Spain.

Commanded by ‘the Professor’, they entered the place wearing masks and red overalls to rob the place. With this basic story, money heist became one of the most-watched Netflix series.

Although it is not an original production of the streaming platform, subscribers became lovers of the series that announced its fifth and final season.

At first, the Spanish channel Antena 3 broadcast the first two seasons of the series, produced by Alex Pina, without many ratings, but then Netflix acquired it and made it a success.

Now, fans of ‘the Professor’ and his combo await the premiere of the last season.

The filming of the season began in August 2020 after overcoming several problems derived from the pandemic and with some intermittencies.

But, according to the producers, the filming has already finished and the season could premiere in August 2021, although Netflix has not given the official announcement.

The last season is one of the most anticipated by fans due to the way the fourth season ended. In the end, Lisbon was cast in the Bank of Spain trying to help his accomplices with the theft of 90 tons of gold.

For her part, Inspector Alicia Sierra finally found The Professor’s hiding place and could kill him, a scene that was put on hold at the end of the season.

Sergio Marquina, the creator of the story, promised not to disappoint fans with the outcome. In this new stage, those who remain entrenched in the Bank of Spain will have to fend for themselves while the professor confronts Sierra. They have not yet overcome the death of Nairobi and it is not clear who will take command inside the place.

Characters such as Manila, Denver’s transsexual cousin, have only just joined the group as the protagonist of the robbery, as in season four she was relegated to infiltrate the hostages while the group pulled the gold out of the vault. Perhaps your role is much more important in this phase.

“We have spent almost a year thinking about how to destroy the band. How to put the Professor on the ropes. How to get to irreversible situations for many characters ”, said Álex Pina, executive producer of the series. “It’s going to be the most epic part of all we’ve shot,” he said.

Regarding the details of the new season, it is known that a new character will enter, played by actor Mario de la Rosa, who will be called Ibiza.

Also, in recent days, the producer of money heist, Álex Pina, revealed information about the new season when communicating the incorporation of Miguel Ángel Silvestre and Patrick Criado to the cast of the series, but did not give details of their participation.

Netflix also revealed that it ended 2020 with 203.7 million subscribers globally, amid a situation marked by the coronavirus pandemic and the respective confinements decreed at a general level by government authorities around the world.

The platform projects that during the first quarter of 2021 it will manage to host another six million subscribers in the world, while it’s last 37 million subscribers reached Netflix during 2020. Following the news, the company’s shares rose 10% in post-closing Wall Street transactions.

From the platform, they assured that after overcoming the barrier of 200 million subscribers, their business model no longer requires “external investments to finance their daily operations,” according to the company explained in a statement.