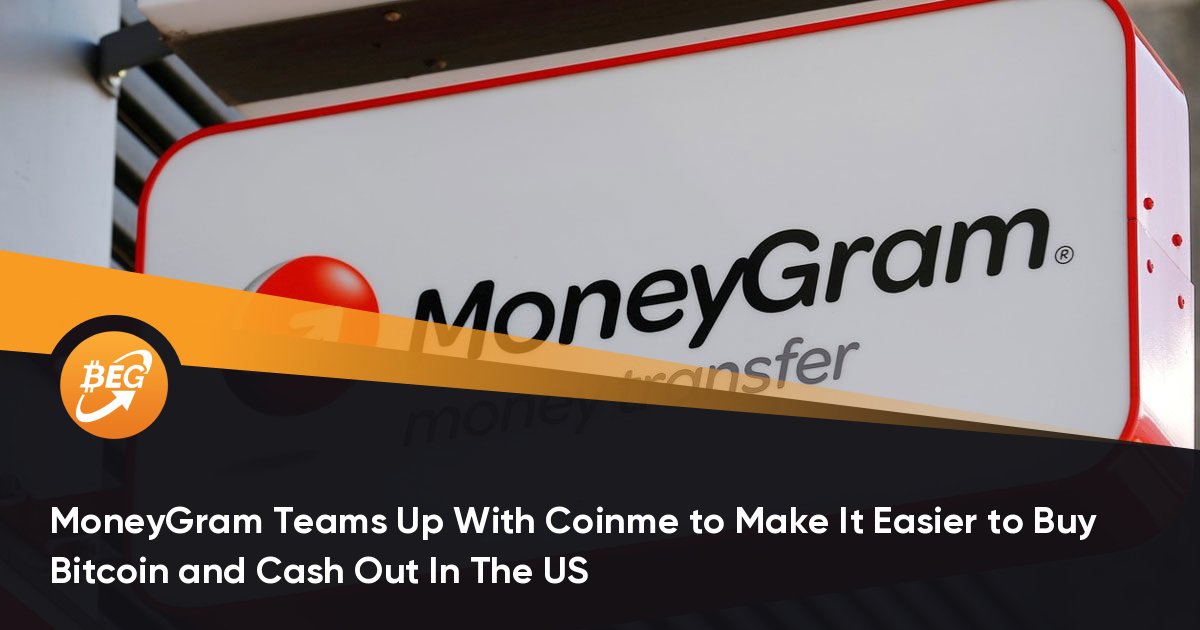 Through this collaboration, customers would be able to make cash purchases and sales of Bitcoin at 12,000 different locations owned by Coinme in the US.

The deal would utilize MoneyGram’s modern, mobile, and API-driven payments platform and Coinme’s vast network of cryptocurrency kiosks in the American nation.

This initiative is specially designed for customers interested in utilizing Bitcoin for the first time.

This new partnership with MoneyGram would fulfill two needs. It would further expand Coinme’s network of making BTC accessible to all and further increase Bitcoin adoption in the U.S.

The money transfer company plans to expand further access to Bitcoin in the US and select international markets in the second half of 2021. MoneyGram Chairman and CEO, Alex Holmes said,

“This innovative partnership opens our business to an entirely new customer segment as we are the first to pioneer a crypto-to-cash model by building a bridge with Coinme to connect bitcoin to local fiat currency.”

Founded in 2014, Coinme is the first state-licensed Bitcoin ATM company in the US. It handles millions of dollars in transactions each month through its cash-for-bitcoin swaps at around 6,000 supermarket kiosks across the country.

The money transfer company previously partnered with Ripple Labs in 2019 to use the blockchain startup’s XRP digital currency for cross-border payment and foreign exchange settlement.

During the time MoneyGram used Ripple’s on-demand liquidity service, the firm made $9.3 million in Q3 2020 from the blockchain company from market development fees.

Problems ensued, which led to the termination of the partnership when MoneyGram stopped transacting under its commercial agreement with Ripple in early December 2020.

MoneyGram suspended trading on Ripple’s platform over concerns about the latter’s legal tussle with the Securities and Exchange Commission (SEC). The SEC had sued Ripple, alleging that the company sold over $1.3 billion XRP in unregistered security offerings to investors.

Ripple finally announced the formal end of the MoneyGram partnership in March this year.

Jimmy has been following the development of blockchain for several years, and he is optimistic about its potential to democratize the financial system. When not immersed in the daily events in the crypto scene, he can be found watching legal reruns or trying to beat his Scrabble high score.