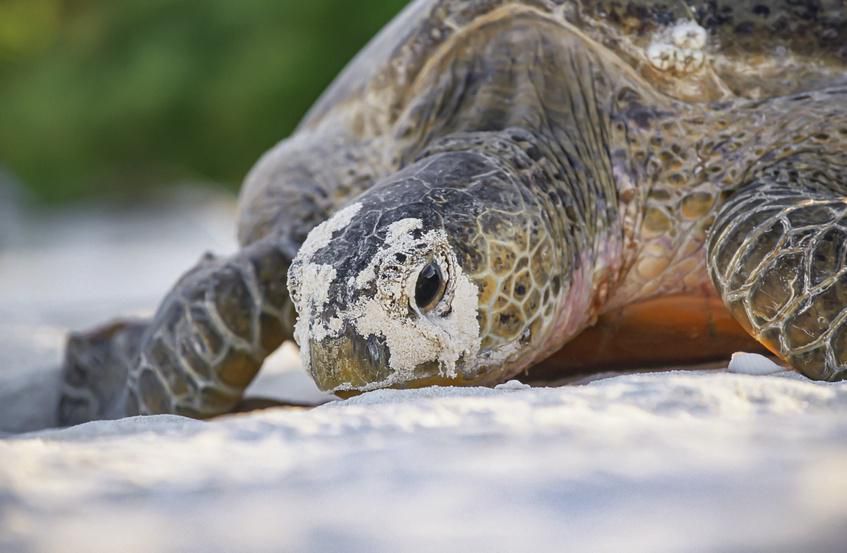 Is the enemy of your enemy really your friend?

Turtle eggs on Orchid Island, where the study was conducted, are eaten by brown rats, Kukri snakes and rat snakes. The researchers observed the predators on the beach over two decades, and also conducted experiments with different combinations of predators to see how their interactions impacted buried eggs.

The results indicated that more eggs survived when all three predators were present because the predators scared off or ate each other. Those results are published in Proceedings of the Royal Society B.

Researcher Wen-San Huang said his interest in the interactions between the predators began in 1997 when he was observing the territorial behavior of kukri snakes on Orchid Island. He noticed that rats and rat snakes on the beach did not dig into turtle nests the same way they do on beaches in mainland Taiwan and wanted to know why.

During the observational portion of the study, researchers found that rats usually arrived at nests first, about an hour after the sea turtles left, but would retreat once kukri snakes arrived. The kukri snakes would dig for eggs once they got on scene, but they were hunted by rat snakes.

Animals from each species were captured ahead of time for the experimental part of the study. The researchers use animals from Orchid Island and the members of the same species from mainland Taiwan in the experiment.

To make sure the predators would be hungry, the snakes were housed alone for two weeks while the rats were housed for three days.

During the experiment, predators were released into a tank with beach sand and buried eggs.

The researchers found that rats from Orchid Island would scavenge eggs on the surface but were more wary of digging up buried eggs than rats from mainland Taiwan. The researchers wrote that this might be because rats on the island know to be afraid of rat snakes around turtle nests. Rat snakes from Orchid Island were also less likely to dig into nests, preferring instead to hunt the kukri snakes.

All the animals were released after the study.

The researchers concluded that the interactions between the predators ended up protecting the eggs on Orchid Island. Rats were wary of digging deep or staying around the nests too long, while rat snakes were more interested in hunting kukri snakes than eating eggs.

Malcolm Kennedy, a Professor of Natural History at the University of Glasgow who has conducted research on turtle nests, said the new study provides a novel demonstration of the “landscape of fear” idea. He said the idea gained traction because of the reappearance of beavers and regrowth of trees in Yellowstone National Park after wolves were reintroduced because the wolves altered elk foraging behavior.

“In the paper it is demonstrated that when there are three species that are predators of buried sea turtle eggs, but each predator is themselves vulnerable to the others, then turtle eggs are safer,” he said. “Intriguingly, rats that are recently descended from egg-raiders from another island have evolved to avoid risking turtle egg raiding because of the presence of their predators, despite the rich, undefended rewards of turtle eggs.”

Kennedy said the paper shows that there needs to be a natural balance of interacting predators for turtle nesting beaches to succeed as breeding sites. Human activities that impact those predators might harm turtle breeding.