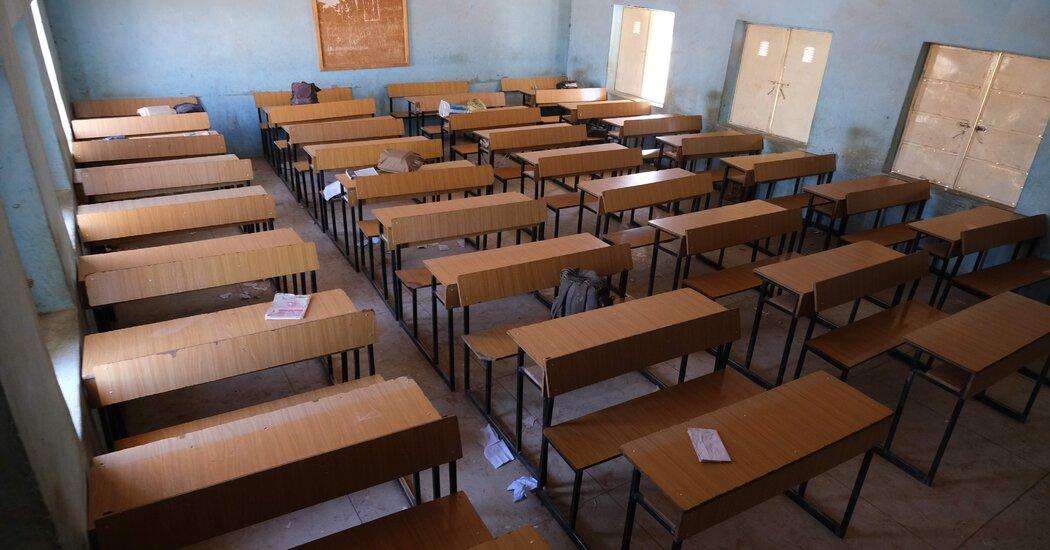 After he announced their release, Mr. Masari told a Deutsche Welle television reporter that the government had not paid ransom, and that negotiations were with a group of bandits rather than with Boko Haram.

President Muhammadu Buhari won election in 2015 vowing to clamp down on Boko Haram and other militant and bandit groups in northern Nigeria. And he has repeatedly promised to bring home every Chibok student.

The kidnappings share striking similarities. Like the Chibok attack, armed men rushed the boarding school at night, taking hundreds of children, in this case all boys, and moving them to a countryside hide-out. They were then split up into groups, according to students interviewed by local media outlets who managed to escape their abductors, making it more difficult for security forces to conduct a rescue operation.

A Kankara resident, Abdulkadir Musbau, said he was out buying noodles for his children’s Saturday breakfast when heavy gunfire erupted. Around him, people started running in all directions, so he sprinted home, passing police and vigilantes on the way.

At first, Mr. Musbau said, he thought the attack was coming from local bandits, a term used for armed criminals that operate throughout Nigeria. The previous day, heavily armed men had assaulted a nearby village, killing 12 people, and vigilantes from Kankara had gone after them.

Eventually the gunfire quieted. Mr. Musbau exhaled. His neighbors began to come out of their houses. One said a boarding school had been attacked. It took Mr. Musbau a moment to realize that it was the school his 12-year-old son, Abdullahi, attended.