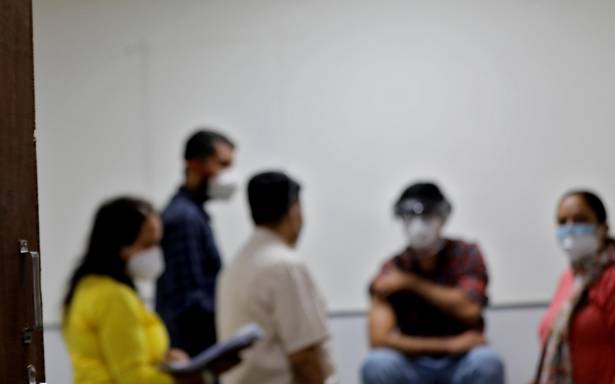 It has been 11 days since she suddenly collapsed and had a seizure, but Bantu Mallika’s woes are not over. The thirty-two-year-old homemaker from Temple Street in Eluru still gets shivers, headaches and dizziness.

U.S. President Elect Joe Biden announced additional members of the White House communications and press team on Friday including India-born Vedant Patel, who was appointed to the role of Assistant Press Secretary.

The Supreme Court on Friday stayed an Andhra Pradesh High Court order intending to embark on a judicial enquiry into whether there is a constitutional breakdown in the State machinery under the Jagan Mohan Reddy government, requiring a declaration of President’s rule.

Patients treated with indomethacin had a reduction in the number of days to become fever-free, and reduction in cough and muscle pain by half compared to the paracetamol set.

A national database of migrant workers should be collated at the earliest to ensure that if there is ever a repeat of a COVID-19-like pandemic, the relief measures should reach the intended beneficiaries, the Standing Committee on Home Affairs has noted in its report. The committee also recommended an urgent review of the 123-year-old Epidemic Diseases Act, 1897, which predates even the Spanish Flu of 1918.

Protesting farmers groups accused Prime Minister Narendra Modi of “attacking” them in his speech on Friday, adding that his claims on minimum support prices (MSP) were “lies”. With regard to the ongoing Supreme Court case, farm leaders have not yet made any firm decision on whether to implead themselves as proposed by the court.

Ahead of a crucial meeting of Congress president Sonia Gandhi with senior leaders, including some from the group of 23 (‘G-23’) dissenters, the Congress on Friday downplayed internal dissent by asserting that “all issues stood resolved” with the announcement of the election for the next party president.

Cautioning that the COVID pandemic is far from over though the world now seems to be closer to getting a vaccine, Chief Scientist at the World Health Organisation (WHO) Soumya Swaminathan said, “Though there is light at the end of the tunnel, the road ahead is still dark and long.”

The Union government told the Supreme Court on Friday that discussions were on for granting another chance for UPSC (Union Public Service Commission) aspirants, especially whose last attempt at cracking the prelims expired in October 2020.

Indian Railways has so far incurred 87% loss in passenger revenue, down from ₹53,000 crore last year to just ₹4,600 crore, owing to the COVID-19 pandemic. However, it expects an increase in freight loading revenue, compensated by the enhanced transportation of non-traditional commodities like food grain and fertilisers.

More than 300 Nigerian schoolboys who were seized in a mass abduction claimed by Boko Haram experienced their first full day of freedom on Friday after a six-day ordeal.

With the revival of the Indian economy being the primary focus, Finance Minister Nirmala Sitharaman on Friday hinted that the Union Budget for 2021-22 would assign top billing to health sector concerns, while addressing the implications of the post-pandemic world for industry and the workforce.

Seldom has R. Ashwin smiled of late during India’s post-match press interactions. Friday was expectedly an exception. Not only did the off-spinner return his personal best Down Under but also played a key role in India gaining an upper hand on the second day of the first Test of the Border-Gavaskar Trophy.