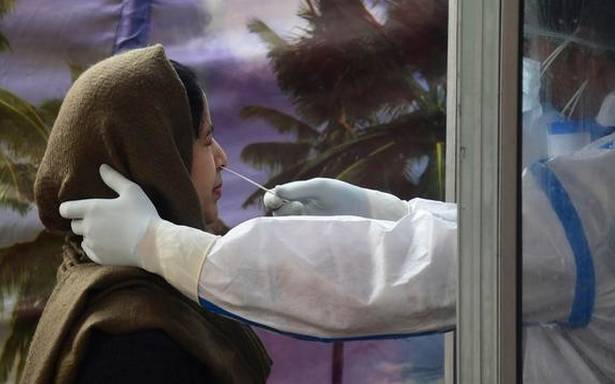 The government on Sunday asked protesting farmer unions to specify their concerns over its earlier proposal of amendments in the new agri laws and choose a convenient date for the next round of talks so that the ongoing agitation could end at the earliest.

The leaders of the Samyukt Kisan Morcha (SKM), a joint front of farmer unions, on Sunday announced a further intensification of their agitation demanding repeal of three agricultural marketing laws, including relay hunger strikes at protest sites and reaching out to constituents of the ruling-National Democratic Alliance.

Following raids by the Income Tax department on several commission agents (arhtiya) in Punjab, they have decided to close the mandis in the State for an indefinite period as a mark of protest.

The Health Ministry has called a meeting of its joint monitoring group (JMG) on COVID-19 on Monday to discuss the emergence of a mutant variant of the coronavirus in the UK, which has reportedly led to a surge in infection rates there.

Swaraj India national president Yogendra Yadav has alleged that the Facebook account ‘Kisan Ekta Morcha page’ belonging to the farmers protesting against the Centre’s farm laws was blocked on Sunday during a live broadcast.

The Biju Janata Dal on Sunday steered away from controversy over the three new farm laws and demanded implementation of the M.S. Swaminathan Committee recommendations for improvement of the agriculture sector.

The Congress, while appreciating Prime Minister Narendra Modi’s unscheduled visit to Delhi’s gurudwara Rakabganj, on Sunday asked why can’t he visit the Singhu border to listen to agitating farmers.

With fresh cases in Shahjahanpur and Kannauj, the number of FIRs lodged under the Uttar Pradesh Prohibition of Unlawful Conversion of Religion Ordinance, 2020 has reached 11.

As part of efforts to further expand the coastal radar chain network meant to enable real time monitoring of the high seas for threats as also expand India’s assistance for capacity building to Indian Ocean littoral states, efforts are in advanced stages to set up coastal radar stations in Maldives, Myanmar and Bangladesh, according to defence