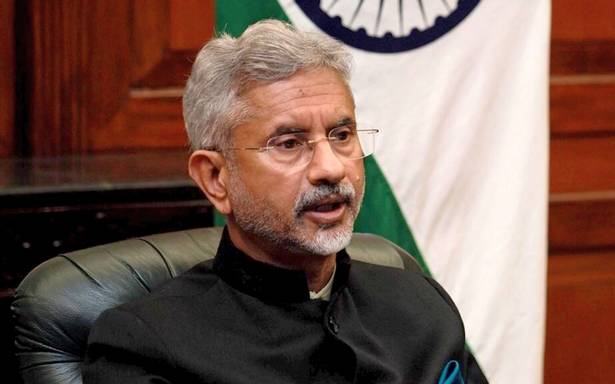 Urging UN Security Council members not to make false distinctions of “good” terrorists and “bad” terrorists, External Affairs Minister S. Jaishankar made indirect references to both China and Pakistan for delaying the process of designating terrorist individuals and entities, as well as failing to stop the funding of terror.

AIADMK co-coordinator and Chief Minister Edappadi K. Palaniswami on Tuesday said there were no differences within his party over continuing the alliance with the BJP for the Assembly election scheduled for later this year. He said he was working with party coordinator-cum-Deputy Chief Minister O. Panneerselvam for the development of the AIADMK, the government and the State.

U.S. Vice President Mike Pence said in a letter to House of Representatives Speaker Nancy Pelosi on Tuesday that he is opposed to invoking the 25th Amendment to remove President Donald Trump from office.

People would not have the option of making a choice between the two available COVID-19 vaccines – Covishield and Covaxin – when the rollout starts on January 16, Union Health Secretary Rajesh Bhushan said at a press conference on Tuesday.

Jeffrey A. Engel, who heads the Centre for Presidential History at Southern Methodist University analyzes the attack on the U.S. Capitol, its significance and consequences.

The four labour law codes enacted by Parliament in 2020 and 2019 could be implemented before the earlier target of April 1, according to Union Labour and Employment Ministry officials.

While several Opposition leaders on Tuesday questioned the composition of the Supreme Court-appointed expert committee to examine the farm laws and backed the farmers’ demand for a repeal, former Agriculture Minister Sharad Pawar welcomed the court’s decision and called it a “big relief”.

The Supreme Court agreed on Tuesday to examine a plea made by the Centre, through the Delhi Police, seeking an injunction order against any proposed tractor, trolley or vehicle march or any other kind of protest by farmers to “disrupt” the Republic Day events.

Malaysia’s king declared a nationwide state of emergency on Tuesday to fight a coronavirus surge and Parliament was suspended, with critics charging it was a bid by the unstable government to cling to power.

In the wake of a backlash over its updated privacy policy, Facebook-owned WhatsApp on Tuesday clarified that the update would not affect users’ messages to friends or family. The changes only relate to messaging a business using the platform, the messaging service provider said.

Indian shuttlers Saina Nehwal and H.S. Prannoy were cleared to play in the Thailand Open after they tested negative for COVID-19, invalidating their previous positive results that had forced them out of the tournament hours earlier on a chaotic Tuesday.