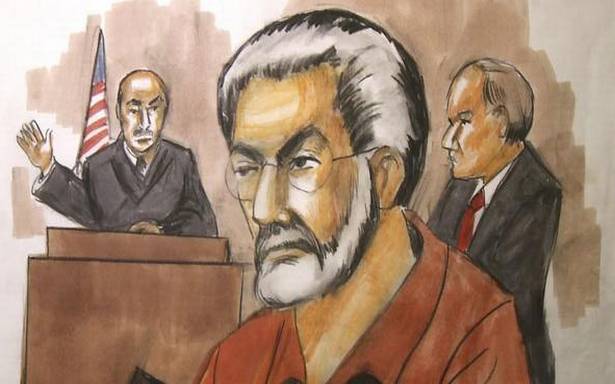 The U.S. government has opposed yet another plea by Tahawwur Rana, key accused in the 26/11 Mumbai terror attack, to file additional reply in a U.S. court that would delay the extradition proceedings slated to begin on April 22.

Given the instances of Myanmar nationals trying to enter India through the border as a “fallout of the events taking place” there, the Manipur government has directed officials that the district administration or civil society organisations should not open any camps for food and shelter and those seeking refuge should be “politely turned away.”

Taking time off from his campaign in Bodinayakkanur where he is contesting for the third successive time, the ruling All India Anna Dravida Munnetra Kazhagam (AIADMK) coordinator and Deputy Chief Minister, O Panneerselvam, on Monday asserted that the 10.5% reservation for Vanniyakula Kshatriyas within 20% quota for Most Backward Classes was “only a provisional arrangement.” After an official panel, entrusted with the task of compiling data on castes, carried out a caste-wise census and submitted its report, castes covered under the 20% quota would be given reservation in proportion to their population. “A law will be enacted in this regard,” he pointed out.

The UK variant (B.1.1.7) of the coronavirus did not appear to be more transmissible than the variant of the virus most common in India, according to a study by scientists at the National Institute of Virology, Pune.

The MV Ever Given was refloated and the Suez Canal reopened to traffic on Monday, sparking relief almost a week after the huge container ship got stuck and blocked a major artery for global trade.

The heavy polling in the first phase in Assam has triggered a psychological warfare among political parties for the next two phases that vote on April 1 and April 6.

A police inspector in Odisha’s Mayurbhanj district was placed under suspension for making a pregnant woman walk three kilometres in scorching heat for not wearing a helmet.

The national capital reeled under a “severe” heatwave on the day of Holi as the maximum temperature shot up to 40.1 degrees Celsius, making it the hottest day in March in 76 years, the India Meteorological Department said.

India suffered an embarrassing 0-6 rout at the hands of formidable United Arab Emirates — its heaviest defeat against the Gulf side — in the second international football friendly here on Monday.