Mossimo Giannulli has been moved from isolation after 2 months 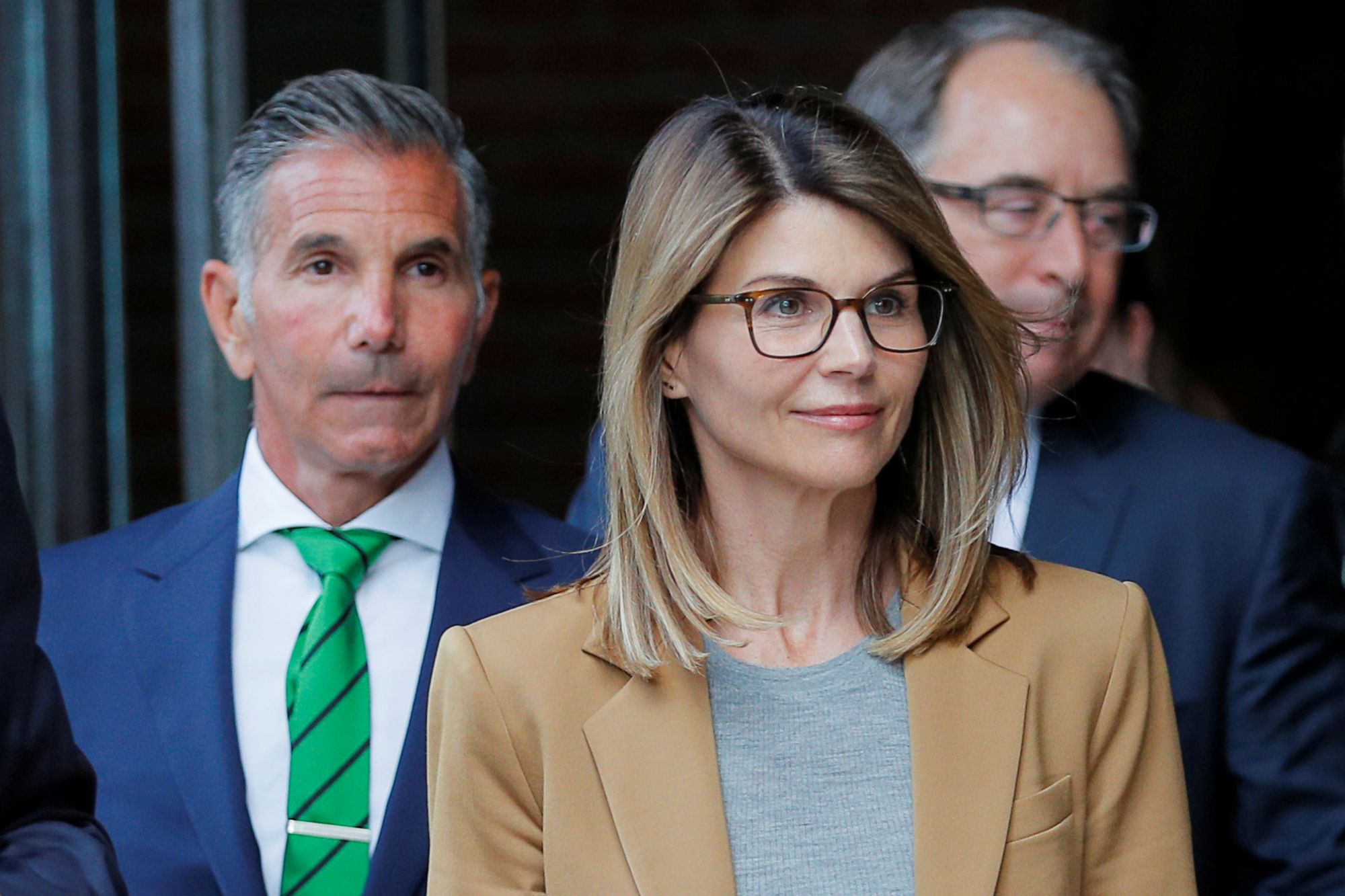 Mossimo Giannulli — the fashion designer husband of Lori Loughlin — is no longer in isolation and is now with the general population.

Giannulli, who’s serving a five-month prison sentence for his role in the college admissions scandal, has been moved from quarantine, where he had been isolating since he surrendered on Nov. 19, to general population, a court filing obtained by Yahoo Entertainment confirms. In the document, which details the government’s opposition to Giannulli’s sentence being shortened due to COVID-19 spreading through Lompoc Federal Camp, prosecutors allowed that Giannulli “spend an extended period in quarantine,” but said it was in part because he complained of having COVID-19-like symptoms.

The filing from U.S. Attorney for the District of Massachusetts Andrew Lelling on Tuesday stated, “In opposing Giannulli’s motion, the government acknowledges that he spent an extended period in quarantine — from which he has now been released — due in part to the fact that he was exposed to other inmates with COVID-19, and in part to the fact that he complained of symptoms consistent with the virus.”

The Federal Bureau of Prisons requires all inmates be COVID-19 tested and put in quarantine for their first 14 days so they don’t expose the general population — in this case, a prison in Santa Barbara County, Calif. The filing states that while many inmates are doubled up in cells for that quarantine process, Giannulli was given his own space. It was within a block of other cells, allowing for communication with other inmates in the unit, and he was allowed out-of-cell time three days per week to shower, use the phone and to email. He also had access to books, mail, a limited commissary and a TV.

Giannulli was COVID tested upon arrival as well as 14 days later and both tests were negative, the documents stated. However, on Dec. 7 and 8, when he was to be moved to general population, nine others in his quarantine unit tested positive. Those positive people were moved to a separate area, but the BOP opted to keep the remaining inmates in quarantine for an additional 14 days to monitor their symptoms and continue the testing protocols.

During that time, “Giannulli reported suffering a headache and the loss of his sense of smell, both symptoms of COVID-19.” So he was moved to an isolation unit, where he still had “had access to books, mail, and a television and could communicate with other inmates in isolation through their cells.” He was then COVID tested again on Jan. 11 and when the results came back negative on Jan. 13, he was “released from isolation to the adjacent minimum security camp.”

Giannulli is now able to go outside anytime between 6 a.m. and 6 p.m., and can be outside his dormitory until 9 p.m., the document states.

While prosecutors made their case for why Giannulli shouldn’t be allowed to have his sentenced reduced (“Any reduction in Giannulli’s sentence would be widely publicized, thereby undermining the deterrent effect of the sentence this Court imposed,” it said), they seemed open to Giannulli carrying out the end of his sentence at home — in his case, the new $9.5 million home he shares with his Full House star wife.

“The government respectfully submits that the better course is to allow BOP to assess whether Giannulli is a suitable candidate for home confinement, as it will do in the ordinary course of assessing how to reduce the inmate population during the pandemic,” the filing stated.

Giannulli’s attorney Sean M. Berkowitz and a Lompoc prison spokesperson have not responded to our request for comment. A spokesperson for Loughlin directed us to Giannulli’s legal team.

Recent photos of Giannulli in prison showed him without a mask while in close contact with someone else. They were reportedly taken “just hours after he completed his 56-day COVID quarantine.”

As of now, the designer, who shaved his head before surrendering, is slated to be released on April 17.

Giannulli son from a previous relationship, Gianni, had spoken out about about his father’s lengthy time, calling it “solitary confinement,” though prosecutors make it seem Giannulli benefited by getting his own cell instead of having a cellmate.

Giannulli and Loughlin, who married in 1997, pleaded guilty to paying $500,000 to fixer William “Rick” Singer to get their two daughters, Olivia Jade and Isabella Giannulli, admitted to the University of Southern California as fake crew recruits. Giannulli received a stiffer sentence than Loughlin, who began serving her two months on Oct. 30 and was released just before the new year, as he played a more active role in the scheme. Loughlin confirmed that in her tearful apology to the court, saying she went “along with” the plan against her better judgement.