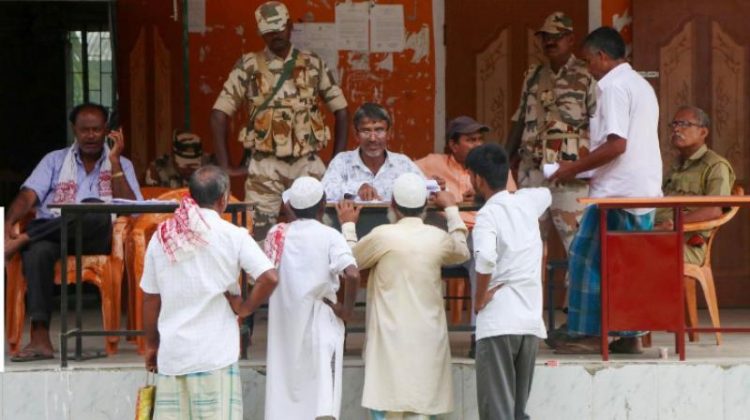 Guwahati: In a significant move the election authorities in Assam has made it clear that 19 lakhs people, whose names were excluded from National Register of Citizens (NRC) but not facing any trial in the foreigners tribunal prior to publication of the final citizenship register on August 31, 2019 would be able to exercise their franchise in the forthcoming assembly polls in 2021.

“The Election Commission is clear that unless they (NRC excludes) are declared as ‘foreigners’ by the foreigners tribunal and accordingly, electoral registration officer deletes such names from voter list, they will have the right to vote,” joint chief electoral officer, Assam, Lakhinandan Saharia, told reporters.

“The principle is simple. The competent authority to decide whether a person is Indian or foreigner, lies with the foreigners tribunal. The Election Commission has no role in this. Unless foreigners tribunal declares a person as foreigner, his or her name will be there in the voter list even after exclusion from the NRC,” the election authorities said.

According to NRC officials, 1,032 ineligible persons identified by it in last year’s updated NRC are either ‘declared foreigners’, marked as ‘D voters’ or having cases pending at FTs.

It is significant that NRC authorities have not been able to issue rejection slips to the 19 lakh entries excluded from the updated NRC. The rejection slip is necessary for these excludes to take a judicial course to prove their citizenship before the foreigners tribunal.

The confusion has also prevailed following the NRC state coordinator’s recent directive to deputy commissioners to reverify names that figured in the updated NRC published on August 31 2019.