Home SportsCricket 20 Most Underrated Cricketers You Should Know in 2022 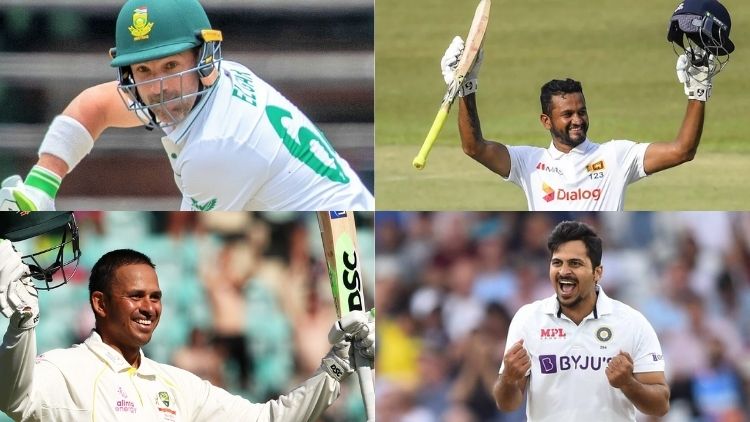 When somebody mentions cricket we think of the big stars of the game like Virat Kohli, Rohit Sharma, Steve Smith, Kane Williamson, etc.

But today, there are many players who give their all to the country, yet are unable to become fan favorites. Here is the list of the 20 most underrated cricketers you should know in 2022.

30-year-old Kiwi middle-order batsman, Henry Nicholls has already played more than 100 international games for New Zealand. The left-hander who made his test debut in 2016 has been an integral part of the squad since then.

He has a healthy average of 40 in tests, which is a very good number considering he plays in tough pitches of New Zealand. Despite all this, he has never been considered to be a big player in the NZ team. But now, with Ross Taylor retiring it could be time for Nicholls to step up and become a key player in the NZ team.

Left-handed opening batsman Imam Ul Haq became only the second Pakistani batsman to score a century on ODI debut. He also became the 1st player in ODI history to score 4 centuries in his first 9 matches. Despite having an ODI average of 49, he is still not rated as much as his teammates Babar Azam or Mohammad Rizwan.

This could be because he does not have a good record in the other 2 formats. Imam will hope that with time he can cement his place in the Test and T20 sides of Pakistan and become a vital player across formats

The tall left-arm spinner from Sri Lanka, Embuldeniya is touted to be the successor to Rangana Herath. In a short career of 13 tests, he has already picked up 62 wickets with five 5-wicket hauls.

He has been one of the shining lights in an underperforming SL team. SL will hope that Embuldeniya will mature with time and become a world-class spinner who can win many games for his team.

Middle Order Batsman Nkrumah Bonner had made his T20i debut for West Indies in 2011. But, he failed to grab that opportunity and become a regular member of the squad. After waiting for 10 years, he got a call-up to the WI Test team for the tour to Bangladesh, because many regular members were not available.

Since then Bonner has become a very integral part of the WI test team. He has played 9 tests averaging 41 with the bat. But most importantly he has played many important knocks for his team. WI will hope that Bonner continues his initial success and becomes a successful Middle-order batsman.

Irish seamer Mark Adair impressed everyone when he picked 6 wickets on his test debut vs England. Adair has been an integral part of the Ireland team for the past few years. His stats in T20 Internationals are among the best in the world.

He currently has the 8th best bowling strike rate in T20 Internationals. Adair will hope that he gets more chances in franchise cricket and that helps him improve as an international cricketer.

Temba Bavuma made his test debut in 2014 and has since been a regular member of the South African Test Side. He was recently chosen as the white ball captain for South Africa. Despite having a decent average of 33 in Tests, Bavuma is more known for playing crucial knocks when the team is in trouble.

After the retirement of greats like AB De Villiers, Faf Du Plessis, Hashim Amla and JP Duminy, Bavuma has become a very vital member of the South African team in all 3 formats.

Another South African on this list is Fast Bowler Lungi Ngidi. Ngidi impressed everyone in his debut test vs India in 2018. Due to injuries, Ngidi has had a very stop-start career so far. Despite all this, he has always performed well whenever he has gotten a chance to play for SA.

His stats are on par with some of the best bowlers in the world. SA will hope that Ngidi can maintain his fitness and become a regular member of the team.

All-rounder Curtis Campher is touted to be the next big thing in Irish Cricket. He first came into recognition after an impressive performance in his debut series against England. Since then he has been consistently doing well for Ireland.

He recently took a hat trick in the T20 World Cup 2021. Ireland will hope that Campher continues his improvement and becomes one of the top all-rounders in the world.

A right-arm swing bowler who is also a handy lower-order batsman, Deepak Chahar has impressed in the limited chances he has got for the Indian Team. In his short career, Chahar has already picked up the best figures in T20 International Cricket with his 6/7 against Bangladesh in 2019.

With Bhuvneshwar Kumar not in good form, India will hope that Chahar can take his place and consistently deliver as a bowler.

Left-handed Middle-order batsman, Usman Khawaja debuted in tests for Australia in 2011.  Despite being touted to be Ricky Ponting’s replacement, he hasn’t been able to cement his place in the squad for long periods. This is strange because he averages more than 40 in Tests and ODIs.

He recently made a comeback into the Australian Test team and scored twin hundreds at Sydney. He can become a reliable player for Australia if he plays for the next few years.

A late starter in International Cricket, Rassie Van der Dussen made his international debut when he was almost 30. Since making his debut he has consistently performed to cement a place in the side in all 3 formats of the game.

Currently, his ODI average of 65.56 is the 2nd highest ODI average of all time. With South Africa currently in a transition phase with the retirement of many legends, they will hope that Van der Dussen steps up and becomes a reliable batsman in the middle order.

Bangladesh’s current Test Captain Mominul Haque has been a consistent performer over the years. He had scored half-centuries in 11 consecutive test matches. In doing so, he became only the 3rd batsman to achieve this feat.

Bangladesh will hope that Mominul can consistently bat as well as he does and also shape the future of Bangladesh Cricket as captain.

Mahmudullah has been one of the most consistent players for Bangladesh over the years. He made his international debut way back in 2007. His international stats may not be among the best but it is important to understand that he plays the role of a finisher.

He has been one of the best batsmen to bat at No.5,6,7 for the last few years. He has also picked up more than 150 wickets, making him a very useful batting all-rounder.

For the past few years, Ish Sodhi has been New Zealand’s premier white-ball spinner. He was also ranked the Number 1 T20 spinner around 2018. But for some reason, he is not rated as highly as his competitors.

New Zealand will hope that Sodhi can recreate his white-ball success in Tests as well, making him one of the rare modern generation spinners to do so.

During the abysmal transition phase of Sri Lankan cricket, Dhananjaya De Silva has been one of the few shining lights. The batting-allrounder who debuted in 2015 has gradually improved in Test Cricket to become one of the best Sri Lankan batsmen of this era.

Now that Sri Lanka has started to win more games and become consistent, the team will hope that De Silva becomes more consistent with both bat and ball.

Leg Spinner Adil Rashid always goes under the radar in the star-studded English Team. But he has been one of the major reasons for the transformation of England into arguably the best white-ball team currently.

Rashid has consistently delivered and picked wickets in the flat English wickets which makes him a very valuable asset to the team.

Right-handed middle-order batsman, Shreyas Iyer has been a consistent performer since his recall in the national team in 2019. He has been touted to be the No. 4 batsman for India in time to come.

He recently struck a vital century and a half-century in his debut test vs NZ in Kanpur. Iyer is also touted to be a captaincy candidate for India in the future.

Current Sri Lankan Test Skipper Dimuth Karunaratne has been a vital player for SL in Tests over the years. Also known for his Tactical brilliance, the left-handed opener is currently ranked 7 in the ICC test rankings.

Despite all this, he is not rated as highly as his competitors. This could be due to the fact that he plays for a slightly lesser ranked opposition

Current South African Test Skipper Dean Elgar is 2nd on the list. The left-handed opening batsman who is known for his gritty style has been one of the most consistent performers in International cricket.

He has been a pillar for the South African team which is in a transition phase after the retirement of batsmen like AB De Villiers, Faf Du Plessis, Hashim Amla, etc. He is among the most underrated openers around the world.

Fondly called, the ‘Lord’, Shardul Thakur has been instrumental over the last year with major contributions in some historic test wins for India.

Mainly known as a Seam Bowler, Thakur has made some very important contributions with the bat, with 3 half-centuries in 6 tests. He has also had decent success in White ball cricket. Thakur could be the solution to India’s fast bowling all-rounder problems.