Mother of injured Capitol officer calls out Republicans who downplay Capitol riot: ‘How dare you?’ 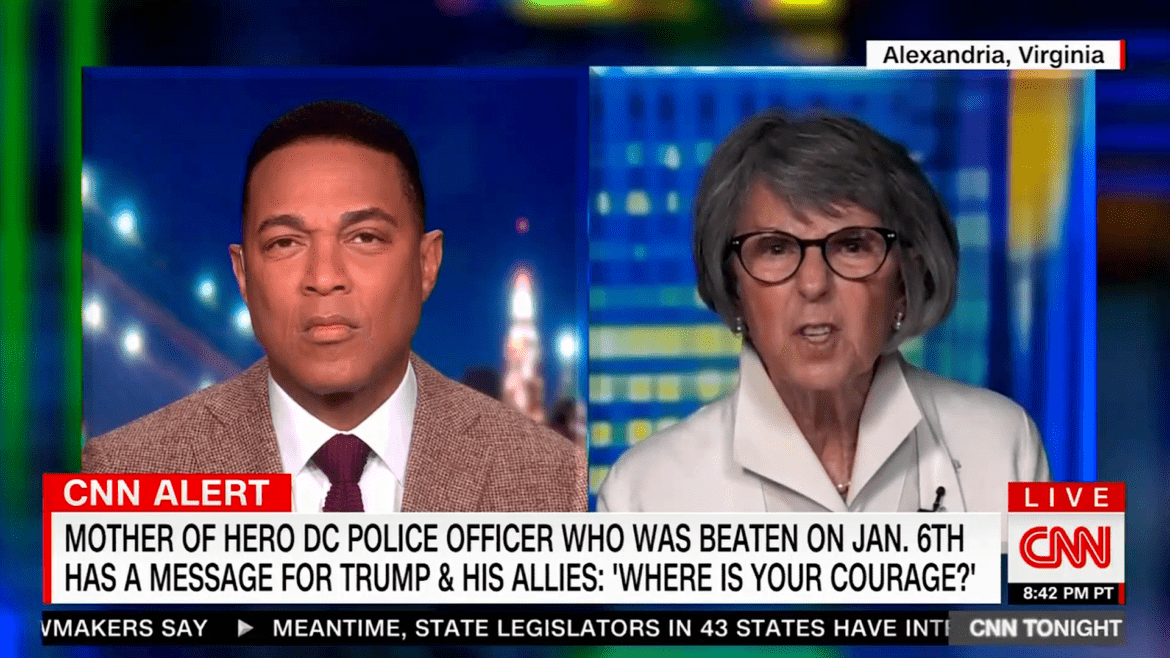 Terry Fanone, mother of Capitol police officer Michael Fanone, who was badly injured in the , appeared on Monday where she responded to former President defending the insurrectionists in an interview on last week. Officer Fanone was dragged into the crowd by the violent mob where he was tased multiple times and beaten, suffering a heart attack and a concussion. He is still dealing with a traumatic brain injury and post traumatic stress disorder.

But Trump’s characterization of the crowd was in stark contrast to what Officer Fanone experienced. In an interview with , Trump claimed the rioters posed “zero threat,” and that they were “hugging and kissing the police.”

“That was his perspective. His perspective was from—he wasn’t there,” Fanone said. “What goes through my mind is really outrage.”

Asked if there was anything she’d like to say to Trump or others who continue to push misinformation about the day her son could have lost his life, Fanone simply answered, “Where’s your courage?”

But Trump isn’t Fanone’s focus. She’s more focused on Republican members of Congress who also about January 6, or at least stay silent when others do.

“For me to say anything to Trump would be—it wouldn’t matter because he just can’t hear. It’s all the other people that are so complicit in this. That’s who I would speak to,” Fanone said. “How dare you? How dare you? How dare you take advantage of these people who were defending and fighting for their lives that day, to save these people, preserve democracy, civility, to restore the Capitol to what it’s supposed to be? Where are you? With all of these officers stood with you, why don’t you stand with them?”

Besides pushing misinformation about the attack on the Capitol, Republicans in the House, 12 of whom honoring the officers who defended it, have also the possibility of a January 6 commission being formed to investigate what led to the insurrection. Fanone spoke about the effect the actions of some members of Congress is having on Capitol police officers.

“For our family, and for each and every police officer that I know that Michael is in touch with, constantly, it’s outrageous,” Fanone said. “It’s so dehumanizing. It’s so devaluing. And it is outrageous.”