Home Science Motherless Gorillas Get By With Help From Friends, Study Suggests

Motherless Gorillas Get By With Help From Friends, Study Suggests 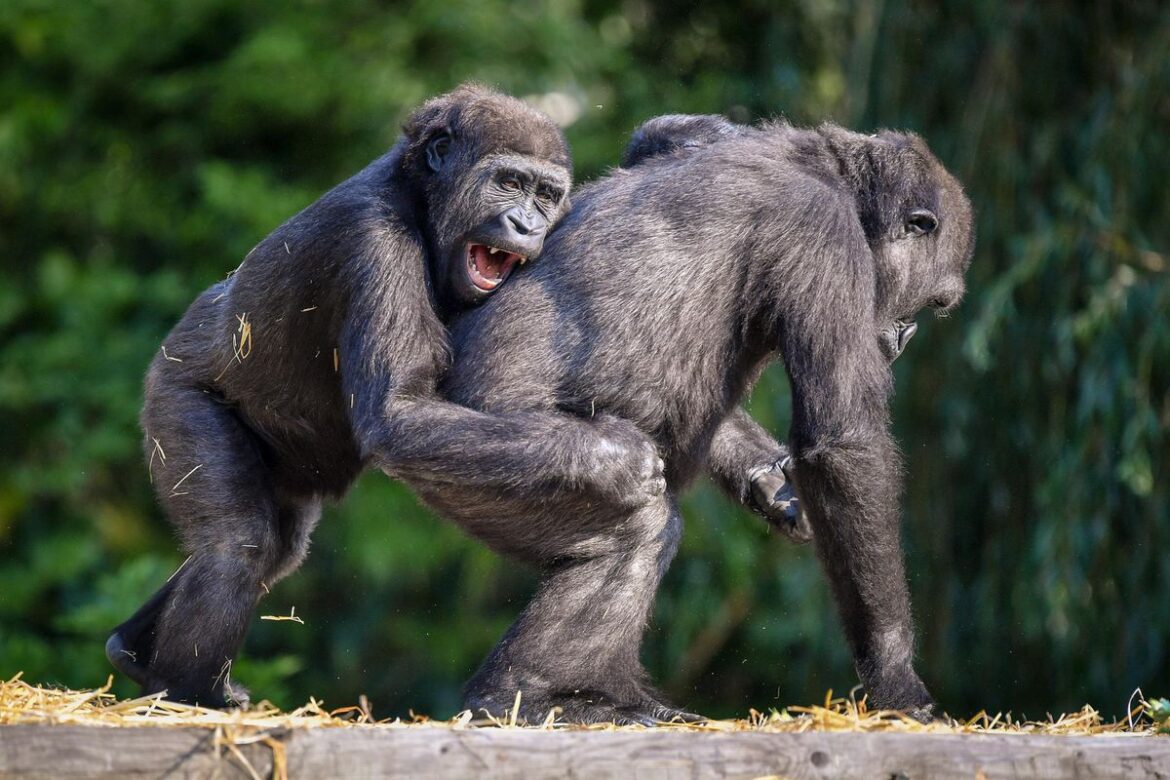 The future typically isn’t bright for motherless young animals. Research has found that juvenile chimpanzees and killer whales who lose their mothers, even after being weaned, often die or struggle to reproduce successfully.

But, this trend doesn’t seem to hold for gorillas.

Researchers from the Dian Fossey Gorilla Fund found that when a young gorilla loses its mother, other members of its social group step in to help.

Gorillas live in social groups led by an alpha male. They can live 40-50 years and are not sexually mature until they are about eight years old.

The scientists analyzed 53 years of data that was collected as part of routine monitoring of wild gorilla groups. They found that gorillas under two years old, who were not weaned, usually died without their mothers there to feed them. But gorillas between the ages of two and eight grew up just fine. In total, the researchers compared 59 orphans to 139 non-orphaned gorillas and found no difference in their survival rate and ability to reproduce.

In fact, the orphaned gorillas socialized more with other gorillas their own age compared to those with mothers. They also interacted more with the alpha males of their social groups compared to non-orphaned juveniles. Those results are published in eLife.

First author Robin Morrison said the alpha males were the genetic fathers of about two-thirds of the orphaned gorillas. She said there was no difference in interactions between alpha males and orphans based on paternity.

“It might be part of the dominant male role, supporting all the members of that group regardless of paternity,” she said.

She said the study’s findings show the importance of gorilla social groups and the value of the care their male leaders provide to younger group members.

Tara Stoinski, chief scientific officer for the Dian Fossey Gorilla Fund, said it isn’t completely clear why other animals who lose their mothers after weaning have lower survivorship and shortened life spans. She said it might be due to a lack of support and access to resources. Gorilla groups seem to be able to buffer those losses for their members.

She said humans are similar to gorillas because people often step in to care for orphaned children.

“There are elements of gorilla societies that really make gorillas an interesting comparison species for human evolution,” she said.

Stacy Rosenbaum, a biological anthropologist at the University of Michigan who studies social behavior, agreed that the study shows a similarity between humans and gorillas.

“In the vast majority of primate species, we think of losing your mother at a young age as a huge handicap, often even a death sentence,” she wrote in an email. “In humans, while mothers are undoubtedly children’s most important caregivers, cross-culturally they are cared for by a wide variety of people—fathers, siblings, extended family, even unrelated friends. This means they are relatively buffered from the loss of any one particular person. We think of this as something that is uniquely human. But this paper makes it clear that in one of our closest living relatives, something similar is happening.”

She added that the study highlights the importance of long-term data collection for understanding animals like gorillas.

Melissa Emery Thompson, Co-Director of the Comparative Human and Primate Physiology Center at the University of New Mexico, said the resilience of young gorillas to maternal loss in the study is remarkable. She also praised the study’s long-term data and clear analyses.

But, Thompson said she isn’t sure the patterns seen in gorillas mirror those in humans.

“I’m not so convinced that these findings have much to do with adoption in humans,” she said in an email. “Adoption and caregiving in most small-scale human populations is overwhelmingly by relatives, where there are genetic interests in helping orphans. Kinship wasn’t a major factor for the gorillas. And in humans, particularly in places where food can’t simply be bought, children are lousy at finding and processing food, so one of the biggest things orphans need is someone to feed them. This doesn’t seem to be the case for mountain gorillas.”

Although young gorillas can access the terrestrial vegetation they eat without help from adults, Thompson said the loss of a mother can still be emotionally traumatic for young primates that depend on attachment for appropriate development.

She said the playfulness of young gorillas and the tolerance of adult gorillas seems to give orphans the resilience to thrive without their mothers.