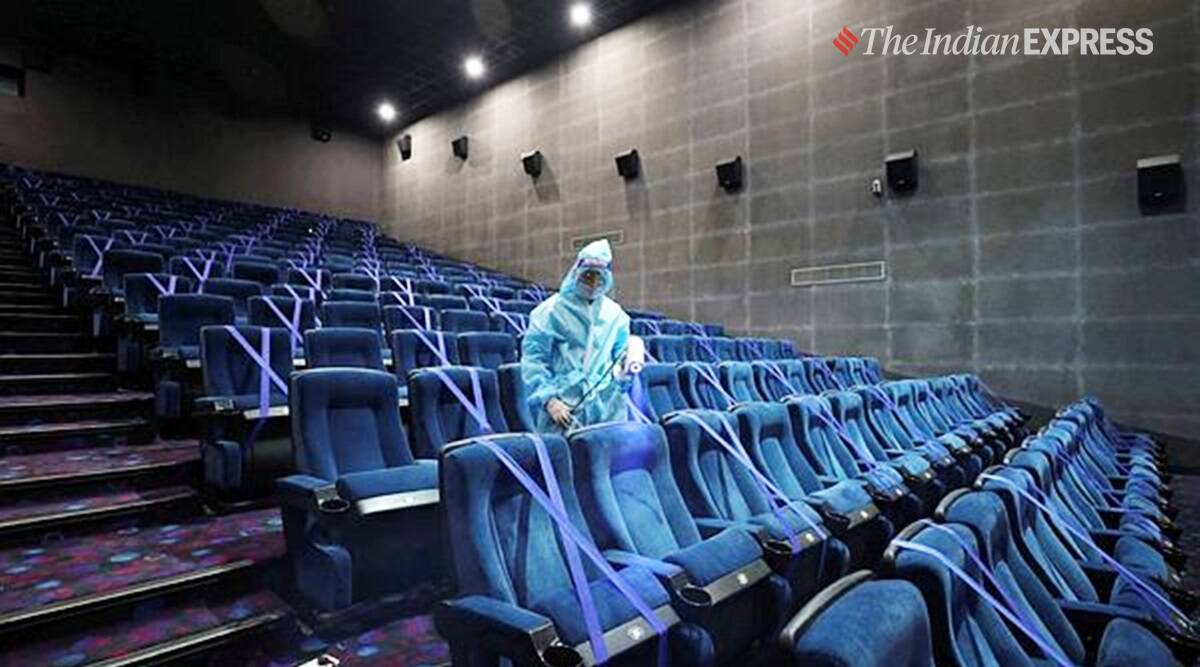 Even as the world is beginning to adjust to the ‘new normal’ and has started working in times of a global pandemic, theatre owners and staff still face a mammoth task — convincing people that going to cinema halls is a safe, Covid-free affair. According to a recent survey by LocalCircles, only 7 per cent of citizens are willing to go to theatres.

Theatres in states like New Delhi, Uttar Pradesh, Haryana, Himachal Pradesh, West Bengal, Bihar, Punjab, Gujarat, Uttarakhand, Chandigarh and Karnataka reopened on October 15 with 50 per cent seating capacity. However, some states like Maharashtra and Orissa have deferred the date of reopening, and others like Tamil Nadu and Kerala are yet to take a call on the matter.

Following the decisions by the state governments, LocalCircles conducted a survey to find out how many people were planning to watch a movie in a theatre in the next two months. The response received from 8,274 individuals across the country indicated that Indians are still being very cautious about resuming one of their favourite recreational activities. The question put to the responders was, “Now that multiplexes and theatres are open in many states and the remaining states will also open them soon, will you be going to watch a movie in the next 60 days?” Only four per cent of the people said they would visit a cinema hall if any film releases, while three per cent said they would go to a theatre regardless of a new or old movie. An overwhelming majority of 74 per cent said they would not visit a theatre. Two per cent of them were unsure about their stance, whereas 17 per cent said they don’t watch films in theatres at all.

After seven months of lockdown, when theatres finally reopened, they had a whole new setup to battle the fear of coronavirus. From adequate sanitisation, thermal screening, following social distancing norms to contactless payments — theatre owners went the extra mile. Cinepolis, DLF Avenue’s assistant manager, Arpit Srivastava told The Indian Express, “The staff will not serve food in the halls as we want to make everything contactless. Further, food will be served on caddy trays, which customers can pick up from the counters. We are encouraging cashless transactions. In case someone uses a card or cash, we will sanitise it.”

From a QR code-enabled food menu, UV-sterilised packaging, compulsory masks to distanced seating and single-use 3D glasses, Delhi’s PVR Cinemas seems to have left no stone unturned to welcome cinephiles. Gagan Kapur, Regional Head, PVR Cinemas, Delhi told indianexpress.com, “Every touchpoint, all the door handles have an anti-microbial film. The cinema halls have been sprayed with electrostatic guns which are long-lasting for 30 days or so. The shows are going to be planned in a manner that no two intervals coincide, so that no overcrowding happens in the lobby and washrooms. The entire theatre will be disinfected between the shows. Since that would increase the waiting period, there’ll be a little lesser shows initially.”

Until new movies release, INOX plans to run a slate of older movies and gradually premiere the newer features. Rajeev Patni, COO of INOX Leisure Ltd, told indianexpress.com, “Initially, we will begin with the library content, and we will be running probably for nine hours. To schedule timings of the show, we will keep in mind how the situation is in the area and what the customers want. Once people get the confidence and they start coming in, and once we have content flowing in, we will have all the shows from morning to night.”

Despite strict protocols in place, few people stepped out to visit a theatre on October 15. Greater Kailash’s Cinepolis sold merely five tickets for its morning show. On the other hand, Taapsee Pannu-starrer Thappad was screened for 40 corona warriors in PVR Naraina. While owners are expecting a greater audience and a new lease of life around Diwali, the road ahead is not without its set of obstacles.

RELATED:  Natural immunity after Covid-19 could last at least 5 months