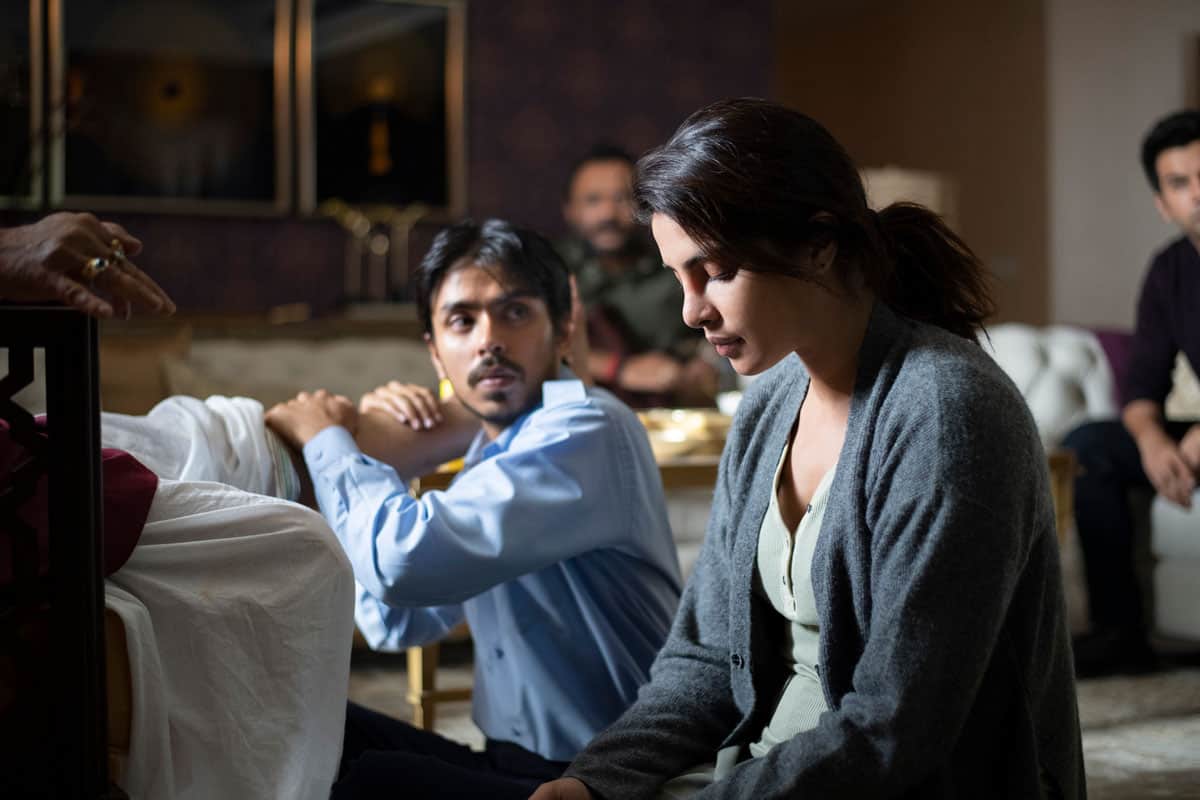 When Aravind Adiga won the Man Booker Prize for his novel ‘The White Tiger’ in 2008, the first person he thanked was Ramin Bahrani. “This book is for him.”, he added, before continuing his list of thank-yous. Bahrani, in turn, has honoured Adiga through this film adaptation by staying as true to his words as possible. This story was his to retell all along.

Entrepreneur Balram Halwai (Adarsh Gourav) narrates his success story from rags to riches, beginning from his childhood as a bright boy who was forced to abandon his education for work. As a hopeful young man, Balram becomes the driver for a wealthy family’s US-return son Ashok (Rajkummar Rao) and his US-born wife Pinky (Priyanka Chopra Jonas). Everything is bright and sunny. However, an accident forces all three to face their role in the casteist, classist coop of Indian society. As his employers choose their privilege over empathy, Balram realizes that determination is not enough to escape his eventual slaughter. To achieve freedom, he would have to become the creature that gets born only once every generation in the jungle: the white tiger.

‘The White Tiger’ is a story about societal divide, but it doesn’t have the hope of ‘Slumdog Millionaire’ or the anguish of ‘Parasite’. All we see here is anger. As Balram narrates the story of how he went from servant to entrepreneur, going from aspiring young man to a neo-noir anti-hero, the filmmaking around him changes. Lights become harsher, camera angles become less suffocating, and the mood changes from frustration to power.

Bahrani takes full advantage of the strength of his source material – the wit and charisma of Balram that is present in Adiga’s words. Gourav is convincing as Balram because he is convinced himself, from the rooms he lives in to the way his hands look at various stages in his journey. The camera picks up every little nod and twitch, making Gourav’s performance absolutely scathing. Chopra and Rao are dependably strong in their roles, but ultimately ‘The White Tiger’ works as well as it does because Balram and Gourav are given the exploration they deserve.

While the film simplifies the concept of casteism for unfamiliar viewers, it is blunt about its impacts. In a scene, Pinky tells Balram about how she gained social mobility in the US, naively assuming that the system Balram belongs to will also give him an equal chance. But in some parts of the world, capitalism isn’t responsible for the fragmentation of society, it is merely a contributor. The weaponizing of caste and religion in India to institutionalize poverty is clear, even if the complexities are missing.

Bahrani’s adaptation shows a deep respect and understanding not just of Adiga’s book, but of the reality the story is based on. He does however miss the mark on the pacing of the plot, particularly in the second half. ‘The White Tiger’ ends abruptly. Just like this review.