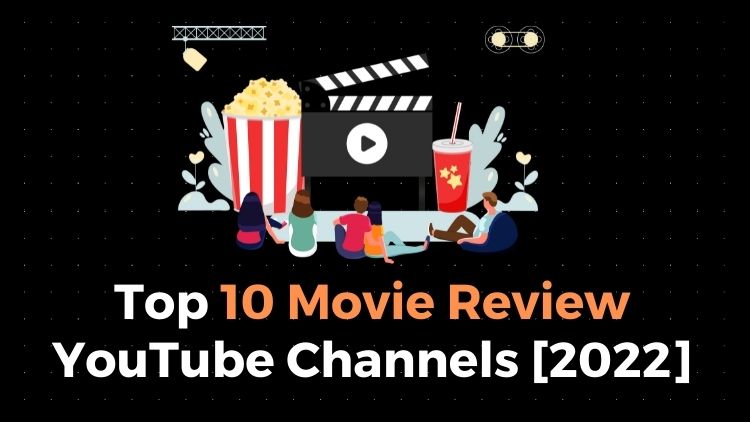 “No movie is without sin.” They exist primarily to remind you of that. New sins videos every Tuesday & Thursday.

Jeremy Scott and Chris Atkinson started the CinemaSins YouTube channel. The channel hosts the “Everything Wrong With…” series, which provides film criticism and analysis. CinemaSins currently has 9.16 million subscribers and over 3.5 billion video views.

A show of movie reviews and comedy. If I make you laugh, then I’ve done my job.

Jeremy is a YouTuber from the United States who posts weekly movie reviews on the most recent films. Jahns is recognised for wearing a traditional suit with a crimson background and giving his opinions on films. He has over 769 million video views and 1.82 million subscribers.

I was tremendously inspired by Roger Ebert, and through him, I learned that an opinion on a film was a universal concept. It wasn’t until my twenties that I discovered reviewing movies on YouTube.

As one of the most popular film critics on YouTube, Stuckmann has over 1.97 million subscribers and over 661 million views on the platform as of February 2022. On review aggregation website Rotten Tomatoes, he’s an approved critic and a member of the Critics Choice Association.

Screen Rant is a news and entertainment website that covers television, movies, video games, and film theories. Vic Holtreman founded the website Screen Rant in 2003. Screen Rant has expanded its coverage to include red-carpet events in Los Angeles, film festivals in New York, and panels at San Diego Comic-Con. The linked YouTube channel, which has over 8.45 million members and over 4,000 videos, was launched on August 18, 2008.

CineFix is the ultimate destination for true movie buffs & filmmakers on YouTube.

CineFix is an American YouTuber who is best known for discussing movies on his channel, including top ten lists, variances between multiple versions of the same film, and interesting facts. There are movie reviews as well as information that viewers require before beginning to watch a film.

–One video every day

Grace Randolph, host/creator, brings you the inside scoop on Hollywood’s hottest films and trailers, as well as audience movie reviews! Get the latest information on all the major movies coming out that weekend on Beyond The Trailer, which airs every Friday, followed by a movie review from audience members who have just seen the film!

Red Letter Media is responsible for the 70 minute Phantom Menace review as well as Space Cop, Half in the Bag, and Best of the Worst. Full time frauds.

Mike Stoklasa and Jay Bauman, American movie reviewers and independent filmmakers, own and operate Red Letter Media, a movie review YouTube channel. There are over 1.38 million subscribers and 834 million video views on this channel.