MRPL adopts captive animals at Pilikula for a year 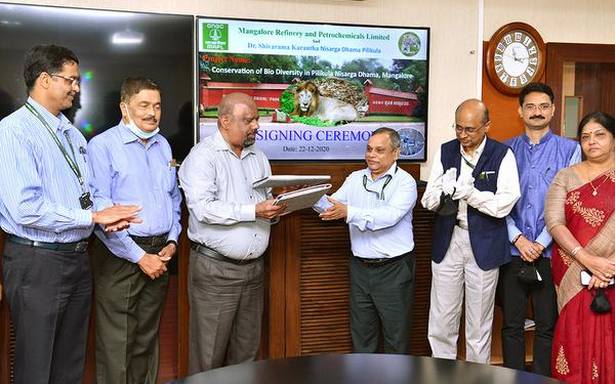 Mangalore Refinery and Petrochemicals Ltd (MRPL) has adopted the wild animals at Pilikula Biological Park for one year. MRPL and Dr. Shivaram Karanth Pilikula Nisargadhama, which manages the park, signed a memorandum of understanding (MoU) on the same on Tuesday.

Accordingly, MPRL will spend ₹4.16 crore on fodder for 1,200 wild animals and also veterinary facilities and medicines to the animals at the park.

An MRPL release said that since the park had lost its revenue due to the lockdown, the company felt the need to adopt the captive animals on a recommendation by the Deputy Commissioner of Dakshina Kannada. The company is spending the amount from its corporate social responsibility fund.

MRPL is associated with the nisargadhama since 2016 wherein an agreement was entered into for creation of Green Belt by planting 2,000 plants at Pilikula on 20 acres. Further, another agreement was signed in 2017 to plant another 2,000 plants on 30 acres.