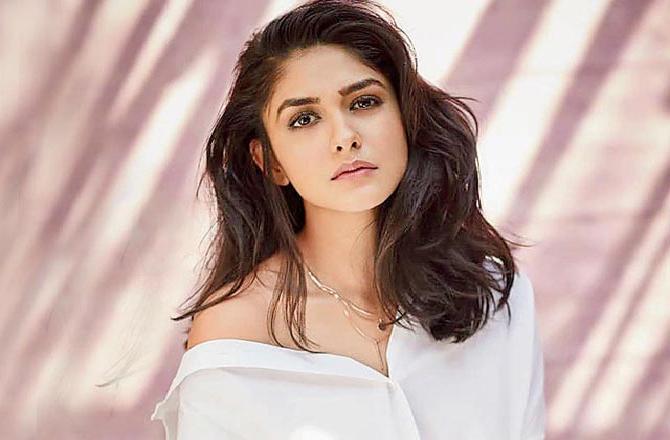 Fresh off her recently completed film Jersey, Mrunal Thakur finds herself quizzed about why almost all her films are opposite stars. Finding herself in a conflicted situation, the actor reasons aloud, “When I was younger and new to the industry, I was told to do more films with superstars. Now I am being accused of that very thing. I don’t function as per the star system of the industry. I have always gone purely by the script. I have auditioned and landed my parts fair and square.”

Thakur elaborates that on one hand, she is featuring opposite Shahid Kapoor and Farhan Akhtar in Jersey and Toofan respectively, and on the other hand she will be starring with Abhimanyu Dassani in Aankh Micholi and Ishaan Khatter and Priyanshu Painyuli in Pippa.

She explains, “There are these unsubstantiated industry norms that I have worked hard to defy. Every time a script comes to me, I ask myself — how does this help me as an actor? I am well-aware that one can’t go far merely leaning on superstars, these days. You need to have the merit to rub shoulders with the vast plethora of talent out there. I am glad that I am working as an actor now when the star system is changing to give way to talented people. I have always believed that any actor is as good as their stories and I am working on choosing well.”

Also read: Mrunal Thakur: Never felt like an outsider, had a mentor in Ekta Kapoor, Karan Johar guided me

We have stopped making movies about the marginalised section of our society:...

Radhe: Everything to know about the Salman Khan film

Disha Patani on reuniting with Mohit Suri for ‘Ek Villain 2’