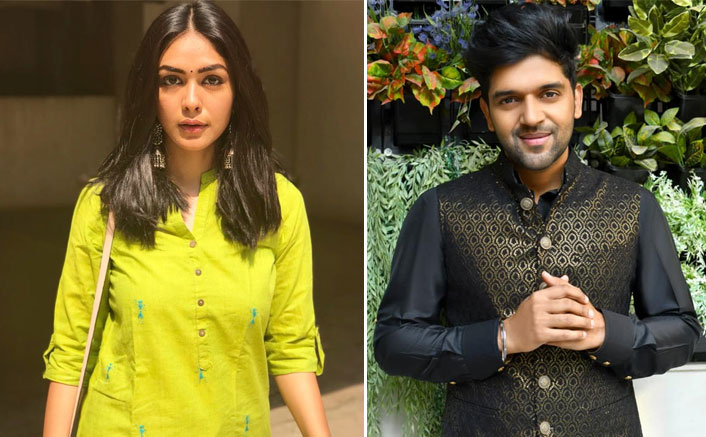 Actress Mrunal Thakur is out to give fans a glimpse of her glamorous side when she stars in Guru Randhawa’s upcoming music video.

Details are under wraps, but sources said: “The final track is in the process of mixing. Mrunal has been approached for the video to be shot over two days at an exotic location. The video will feature her in an ultra-glamorous look which she hasn’t donned for the silver screen yet. The actor in recent times has walked the ramp for notable fashion designers. It will star her in a bold look, upping the sizzle of the video itself.”

The song titled “Abhi na chhodo mujhe” will be sung by Guru, who also appears in the song. The video will be shot in Kashmir over two days. The track releases next month.

Mrunal Thakur feels that it is important for young girls to learn to be strong and be their own superhero.

“I have encouraged young parents around me to enrol their girls into learning self-defence skills so they don’t find themselves dependent on men around them. I want every young girl to know that she is her own superhero. Beyond the strength of Wonder Woman and Bat Woman, lies within her the inner strength to fight against every adversity that comes her way,” says Mrunal.

Mrunal Thakur spoke about superheroes and young girls in the context of the animation series “Priya’s Mask”, where she has lent her voice.

This particular series marks the protagonist Priya imagined as a gutsy girl. Set against the backdrop of Jodhpur, the narrative re-tells the escapades of an eight-year-old Meena and her working mother who nurses Covid-19 infected patients and their cumulative sacrifices. The series also has Vidya Balan lending her voice.

Talking about voicing an animated character, Mrunal Thakur says: “I have never had the good fortune of being taught about powerful women as a young girl. Our heroes were limited and I craved to see more women in places of authority. Priya is a survivor and a fighter. I am making my nieces and nephews take to the comic series with equal gusto because feminism isn’t just for girls. It is as important to prepare our boys for these powerful women.”

This year, Mrunal will be seen in “Jersey” and “Toofan”.

Must Read: Saiyami Kher: “After Mirzya, Filmmakers Decided To Go Ahead With Someone Else Who Was Commercially More Successful”