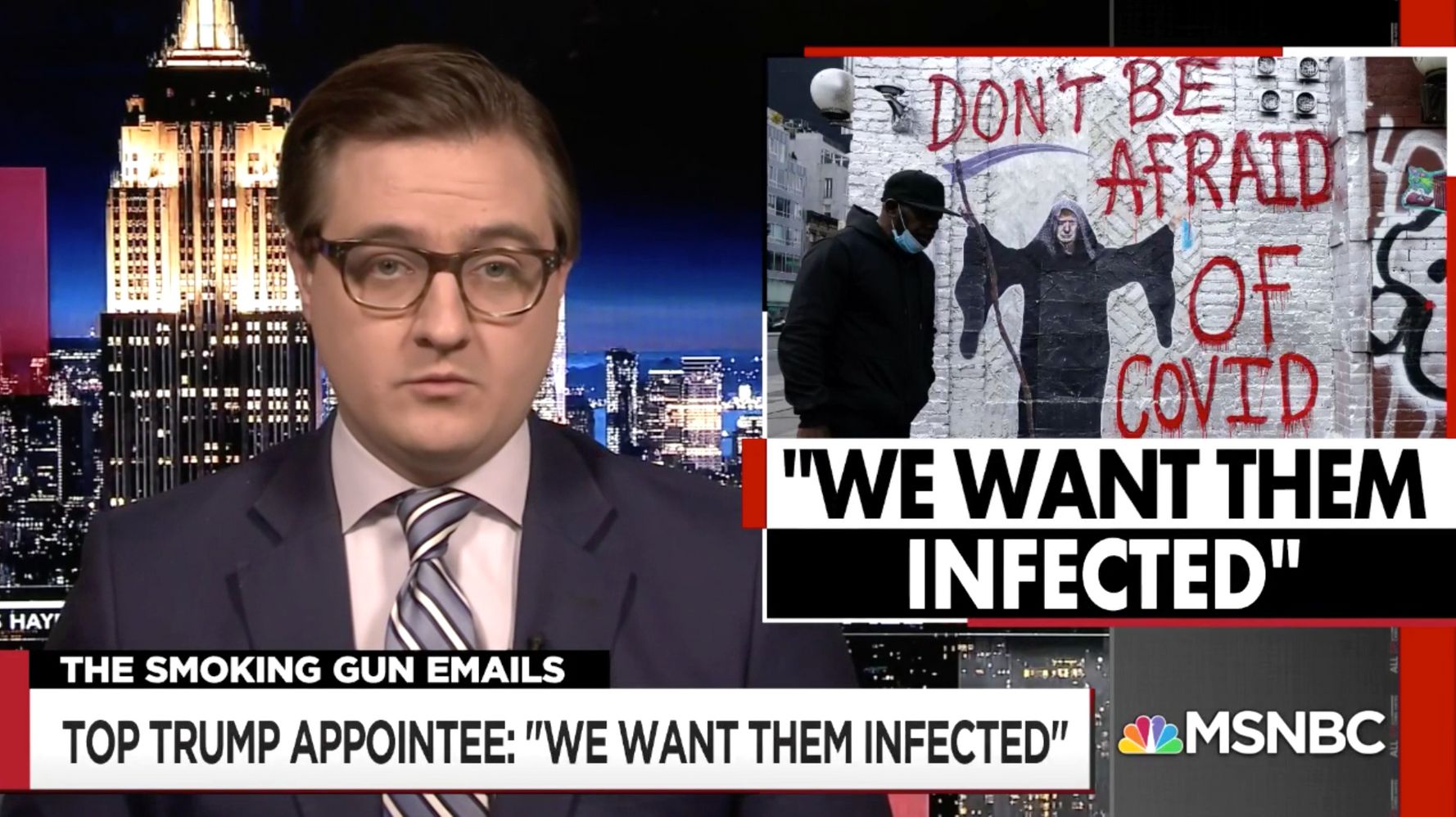 Chris Hayes on Wednesday summed up President Donald Trump’s catastrophic stewardship of the coronavirus pandemic with a 4-word epithet:

“We want them infected.”

They are the same words used by former Health and Human Services science adviser Paul Alexander, a Trump appointee, in emails advocating for the Trump administration to pursue a herd immunity strategy amid the public health crisis, Politico reported earlier in the day.

“Infants, kids, teens, young people, young adults, middle aged with no conditions etc. have zero to little risk….so we use them to develop herd…we want them infected…” Alexander wrote, per the news outlet.

Hayes said the emails were “the smoking gun evidence” that showed “the very people at the center” of tackling the virus wanted COVID-19 to spread.

“The thing to understand about that is it is not an accident and it is not bungling,” Hayes explained. “Donald Trump, his administration as backed by Republicans in his party, in Congress, explicitly pursued a strategy that would lead to more Americans getting sick and more Americans dying, and they did this despite the fact they kept denying they were pursuing the so-called herd immunity approach. It was always clear they were.”

CNN’s Chris Cuomo was equally outraged at the content of the emails.

“If that’s what they wanted, is that the reason behind what they did?” asked Cuomo. “Ignoring the reality of the pandemic, telling you it wasn’t real, mocking masks, telling people to come together, holding the rallies?”

“It’s the stuff of a horror film. Did Trump and co. really sabotage safety because they wanted people sick?” the anchor continued. “It’s not me saying it. It’s one of theirs. Boy, it sure does explain the reaction that Trump had.”

Watch Hayes’ monologue above and Cuomo’s comments below:

“How can we call you honorable when we now know the reason you’re making a deal right now, if it happens, after months, is not because of your recognition of the needy but of your political needs.”@ChrisCuomo calls out Trump and his allies over their handling of the pandemic. pic.twitter.com/2pqhEvgH1V