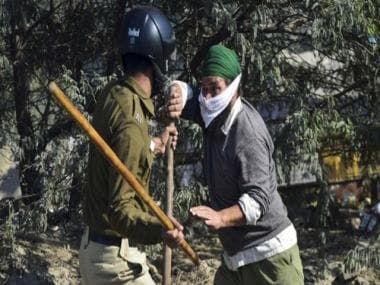 MSP was started in the 1960s when India was a food-deficit nation and it has skewed India’s farm economy towards a handful of crops.

There are two questions that need clearing up before we delve beyond the politics of the farm bills to examine the technical aspects of reforms that the Narendra Modi government has put in place. First: will the bills help farmers? The answer is, “yes”. Second: do the bills remove MSP or public procurement? No, they do not.

Let us look at the various issues at hand.

MSP is a form of market intervention to insure agricultural producers against any sharp fall in farm prices. The minimum support prices are usually announced at the beginning of the sowing season for certain crops, on the basis of the recommendations of the Commission for Agricultural Costs and Prices (CACP). MSP is the price fixed by the Government of India to protect the farmers against excessive fall in prices during bumper production years.

In July 2018, the government announced MSP at 1.5 times the cost of production for 14 kharif crops. The cost considered by CACP is as per the A2+FL formula, which includes expenses on farm inputs including seeds, fertilisers, fuel and irrigation and of course, the imputed value of family labour (FL).

What do experts have to say on MSP? It is based on the recommendations of the Swaminathan Commission and National Commission of Farmers, 2006. When asked about MSP, (former Himachal Pradesh CM and BJP leader) Shanta Kumar, who heads the committee appointed by Modi to suggest agricultural reforms, recently said, “The Modi government has clarified that it will stay, but the question we (the committee) have raised is that MSP only relates to 6 percent of big, elite farmers who sell their crop in Mandis. About 86 percent are small farmers who don’t go to the Mandi to sell their produce, and the new Bills will give them the strength to sell outside the Mandi at better prices.”

He added: “Those who are protesting are big farmers, Mandi operators or Arhatiyas (middlemen) who get a commission. But think about small farmers who are outside the Mandi system, who will be strengthened through these new bills. It has been pending for a long time.”

If MSP will stay, why has the government not mentioned it in the bill? Because MSP has always been an administrative mechanism and never a legislative one. It is indeed because the MSP is an administrative mechanism that the government has the flexibility to increase it as and when needed. Imagine if it was made into law or legally binding: not only would the litigious processes kill the very spirit of MSP, it would make practical implementation and changes to MSP at regular intervals cumbersome.

How will MSP be ensured in private transactions? Such trade will be above the rate of MSP. Farmers will go to private players only if they get rates more than MSP. The very purpose of bringing in “Trade Area” alongside APMC Mandi is to ensure the farmer gets a price that is higher than the MSP, or the price at which he is forced to sell in the regulated Mandis.

Many farmers in many water deficit states produce paddy and wheat only to benefit from MSP, despite the fact that productivity and yield per hectare would be higher if they grew other crops. Paddy is a highly water-consuming crop but even farmers in relatively dry regions grow paddy, only so that they can benefit from MSP.

To that extent, MSP has skewed India’s farm economy towards a handful of crops. MSP was started in the 1960s when India was a food-deficit nation. But India today is a food surplus economy, with agriculture production hitting a record high of 277.49 million tonnes, 284.83 million tonnes and 291.95 million tonnes in FY 18, FY 19 and FY20, respectively. The success of the MSP depends on wider procurement of crops, details of which are still being worked out.

The rights or livelihood of those associated with Agriculture Produce Marketing Committee (APMC) Mandis will not be encroached upon. However, it is a known fact that APMC structure has been inefficient, with farmers relying on APMC agents, to help them sell their produce. In this system, while APMC agents walk away with hefty commissions, farmers make precious little. It is to unshackle the farmers from predatory agents and middlemen, that the government passed the farm bills. Going forward, farmers will have the choice and freedom to sell their produce either at APMC designated wholesale Mandis or in “Trade Areas” that will be created, as per provisions of these Bills, outside the jurisdiction of APMCs. Farmers will have the right to sell their produce to anyone at a price they deem fit in these “Trade Areas”.

How is “Trade Area” beneficial? There will be no taxes or levies of either state or Central government on trade conducted in these areas, thereby reducing the cost of transaction in the entire food chain, from farm to fork.

The farmer can now be a producer of crops and a trader too if he or she wishes, by simply getting a license to engage in “Trade Area”, by furnishing basic details. Earlier, the farmer was restricted and could only sell in licensed Mandis in a given area. But with new farm bills, farmers can undertake both intra- and inter-state trading and marketing activities, too. Effectively speaking, under new farm legislation, a farmer has the freedom to become a grower or producer of crops, a trader who buys and sells agricultural products and perishables and also a marketeer, who has the leeway to market his produce or that of third parties, to counter-parties, who offer the best price.

Under the APMC-Mandi system, market levies, fees and charges in states like Punjab come to around 8.5 percent — a market fee of 3 percent, a rural development charge (RDC) of 3 percent and the Arhatiya’s (agent) commission of about 2.5 percent. These levies fatten the middlemen and state coffers, at the expense of the farmer, who is left with precious little. The “Trade Areas” under the new farm bills will not have any of these charges and will empower farmers. If you calculate the Mandi transaction cost on 1 quintal of wheat, at 8.5 percent all-inclusive, it comes about Rs 164. So, on the sale of every quintal of wheat inside the Mandi, the middlemen are being incentivised. The new farm bills remove this anomaly.

Finally, have APMCs delivered? State APMC Acts empower state governments to demarcate their geographical region into various ‘notified market areas’, headed by a Market Committee (MC), for each Market Area. Over time these committees became authoritarian, leading to a monopolistic structure, antithetical to the cause of farm welfare. State APMC Acts typically declare the purchase, sale, storage, and processing of agricultural produce outside the yard set up by the “Market Committee”, unlawful. These farm bills, however, have made it lawful and legal henceforth, to deal outside the “Yard Areas”. Basically, APMCs will now face competition from traders who trade in “Trade Areas”, that will be outside the jurisdiction of “Yard Areas”.

In the medium term, the farm bills will force various stakeholders in the food chain, to readjust and recalibrate themselves. For example, the APMC Mandi Boards or Marketing Committees (MCs), as they are widely known, will be forced to become competitive. These MCs would often pocket hefty fees and commissions, while the farmer would be left with just 15-20 percent of the final consumer price that you or I pay for farm products. So if say, one pays a retail price of Rs 100 per kg for a vegetable, the farmer in the existing system gets nothing more than Rs 15 or Rs 20, at best. But with new farm bills, farmers will make a higher mark-up, as the new bills would eradicate intermediaries from the equation, putting more money in the hands of the farming community.

It is a misleading notion that the Food Corporation of India (FCI) will shut down annual wheat and rice purchases from the states. The Centre distributes annual wheat and rice procured from farmers in Punjab and elsewhere through the Public Distribution System (PDS).The truth is, the procurement process will continue like before. In fact, there was an increase of 59.2 percent in the procurement of paddy in 2019, when compared to 2013-14.

And how has public procurement fared? Procurement of wheat from farmers for Rabi 2020, touched a record figure of 382 lakh metric tonnes (LMT). During the same period, 119 lakh MT paddy was also procured by government agencies through 13,606 purchase centres. All over India, 42 lakh farmers were paid Rs 73,500 crore towards minimum support price (MSP) for wheat alone, in the current Rabi season.

This year Madhya Pradesh became the largest contributor to the Central pool with 129 LMT wheat, surpassing Punjab which procured 127 LMT. Haryana, Uttar Pradesh and Rajasthan also made significant contributions to the national procurement of wheat. There was an increase in the procurement from the eastern and northeastern regions too as opposed to earlier trends. In the Kharif season this year, procurement from these regions has been to the tune of 89.5 LMT benefitting more than 18 lakh farmers.

The farm bills also allow for contract farming, whereby farmers can enter into contracts, at a pre-determined price, even before the crop has been harvested, with private companies, aggregators, food processors and exporters. This is an unprecedented reform, as it allows farmers to lock in a good price for their harvest and insulates them from any post-harvest, product-related or price volatility.

Who will pay for the insurance, cold storage, machinery and farm equipment, when farmers enter into contracts, with private players?

The farm bills clearly state that these will be paid for by the counterparty and not the farmer. This will be a big relief for especially small and marginal farmers who can access superior farm technology and become agripreneurs, without having to go out of pocket. Also, there will be an able-bodied resolution mechanism, whereby any dispute between the farmers and counterparties will be resolved in a time-bound manner, by a Conciliatory Board (CB), formed under the aegis of the Sub Divisional Magistrate (SDM).

The CB will have representatives from both sides. Sale, lease or mortgage of farmers’ land is prohibited. There will be just a farming contract for specified products at a specified time, as per farmers’ choice. So the baseless allegation that farmers will be forced to sell their lands to private players, is absolutely false and malicious. Also, even after signing the contract, the farmer can withdraw anytime, without penalties, if no advance is taken. If the advance is taken, money can be returned (with no interest or penalties charged) and then the farmer can withdraw.

How will farmers negotiate with private entities? In Budget 2020, the government announced the formation of 10,000 Farmer Producer Organisations (FPOs). These FPOs are largely clusters or groups of farmers who are brought together so that credit and other assistance can be extended to them. As a group, FPOs have demonstrated superior and better bargaining skills, rather than standalone farmers, operating as individuals.

There are already about 5000 FPOs in India, of which only a handful are private. More than 3,900 FPOs are affiliated to NABARD or small farmers’ agri-business consortium (SFAC). Also, the farm bills clearly state that insurance, cold storage, machinery and farm equipment, will be paid for by the counterparty, when farmers enter into contracts, with private players, thereby mitigating any risk whatsoever, for farmers. With the limited entry of the private sector, small and marginal farmers who do not have seed capital will be able to access superior farm technology and become agripreneurs, without having to go out of pocket.

The writer is an economist and National Spokesperson for the BJP and has authored Truth Dare – The Modi Dynamic.