MSP will continue after implementation of farm laws: Narendra Modi 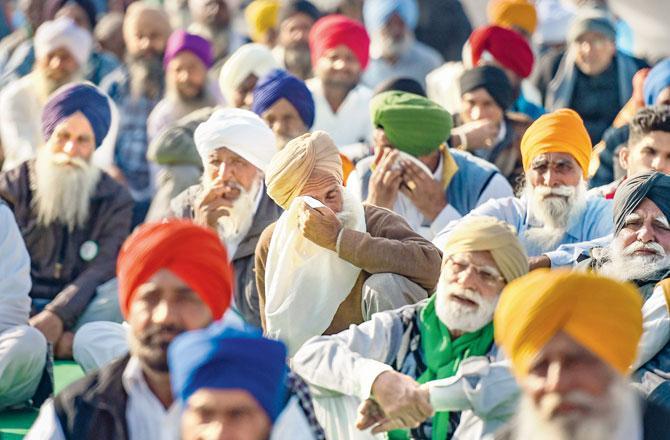 Prime Minister Narendra Modi said the new farm laws have not come overnight, but were long overdue and insisted that the existing regime of support price for farm produce will continue. Political parties, agriculture experts and progressive farmers demanded such agri reforms for long, he said and attacked the opposition for misleading cultivators on the issue of MSP (minimum support price) and APMCs.

Opposition parties, when in power, sat over the Swaminathan committee report for years, but the BJP-led government implemented its recommendations in the interest of farmers, said the PM as the ongoing protests by cultivators outside Delhi entered the 23rd day. The new agriculture laws have not come overnight but political parties, agriculture experts and progressive farmers have demanded them for a long time, Modi said in a virtual address to the farmers of Madhya Pradesh.

Rajasthan Chief Minister Ashok Gehlot asked the central government to focus on resolving its standoff with farmers over three farm laws and keep other issues on hold. He claimed that be it the judiciary or bureaucracy, all are functioning under pressure from the Centre.

‘We are open for talks’

‘We have been holding discussions with farmers’ unions. Overall, our effort is to reach a solution through dialogue with them. We are still open for talks’

‘The govt moved forward to resolve the issue through talks. When farmers were also satisfied that what the govt was saying was logical, those people who were indulging in criminal conspiracy thought their game was going awry and they started misleading people’