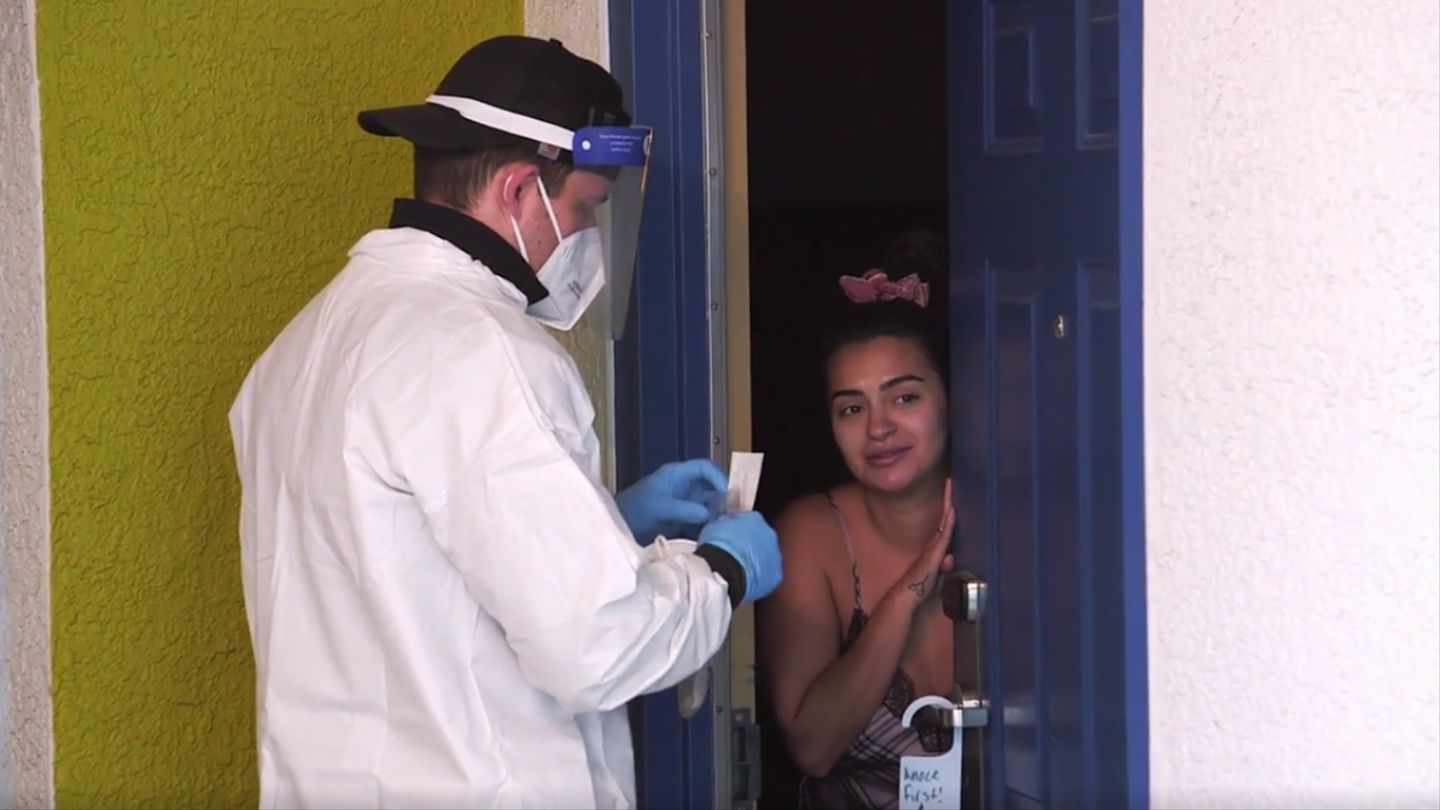 “Sh*t really got real” during the MTV Floribama Shore season finale: The entire production was forced to shut down because of COVID-19.

“Someone’s test came back not qualified, so we’re just re-testing everyone to be doubly safe,” a producer told Aimee, Candace, Codi, Gus, Jeremiah, Kirk and Nilsa.

Everyone was asked if they were experiencing symptoms (they all responded “no”), but the shock was palpable as the cast was awakened (with some loud knocking) so they could be given nasal swab tests.

“Coronavirus is real out here, and it’s really out here impacting everybody’s lives,” Candace stated. “Including ours.”

The Lake Havasu portion of the vacation was halted, and the group needed to quarantine alone for 14 days. The silver lining: The rooms all had balconies so everyone could see each other. Or not.

“The best part about it is if I don’t like what they have to say, I can walk inside and close the door,” Kirk joked.

But the group wasn’t able to “air everything out” before closing out this Montana/Arizona chapter.

“I feel like there are so many things that are still left unsaid and unspoken and unresolved,” Nilsa stated. “No family should leave what’s going on like this.”

The good’ish news: They won’t have to remain in this gray’ish area for long. The Southerners will gather for the first-ever Floribama reunion next Thursday. Until then, what did you think of this season? And will everyone be able to come together once again? Sound off, and do not miss Part 1 on Thursday at 8/7c.