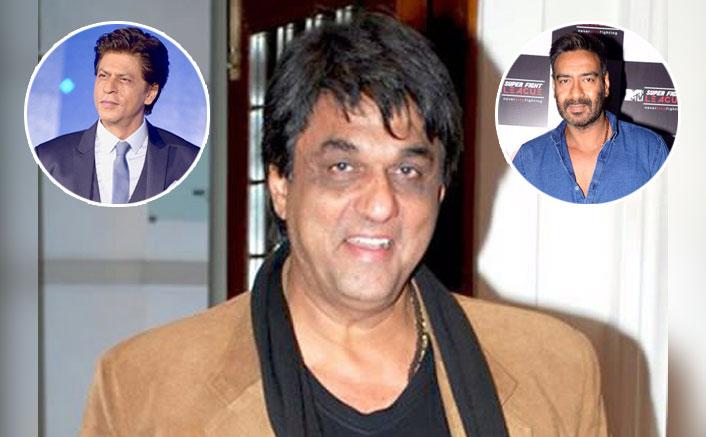 Known for his portrayal of Shaktimaan, Mukesh Khanna is known to be someone who applies no filters while speaking up his mind. He has been one of the most outspoken stars in the industry. After his recent criticism about The Kapil Sharma Show, he has now targetted A-listers Shah Rukh Khan and Ajay Devgn for promoting tobacco and smoking.

Ajay has been associated with a renowned tobacco brand since years now, and Shah has been in the news for his habit of smoking. Khanna, in his latest conversation questions, why do big stars need to do this? He’s also concerned about what the fans will follow if this continues.

He says, “I have a complaint with these big stars who advertise such (tobacco, alcohol and cigarettes) products. Becoming the face of these products, selling their personality, they say ‘zuban kesari’ and become a hero. I understand why small actors advertise these products, but why do big stars do it?”

He also adds, “A kid sitting in a village will look at Shah Rukh Khan smoking (in a movie) and say, ‘It is a good habit. These big stars should be aware of their responsibilities (toward the society).”

Recently, Mukesh Khanna slammed Kapil Sharma for vulgarity on The Kapil Sharma Show. The comedians then replied through TOI, saying, “My team and I are working hard to make people smile during this crucial stage of the pandemic. When the whole world is going through a tough time, it is important to bring a smile to people’s faces. It depends on each individual ki aapko kis baat main khushi dhoondhni hai, aur kis baat the main kami. I have chosen happiness and prefer to focus on my work and continue to keep doing that in the future.”

What do you think of Mukesh Khanna’s statements? Share your thoughts in the comments section below.