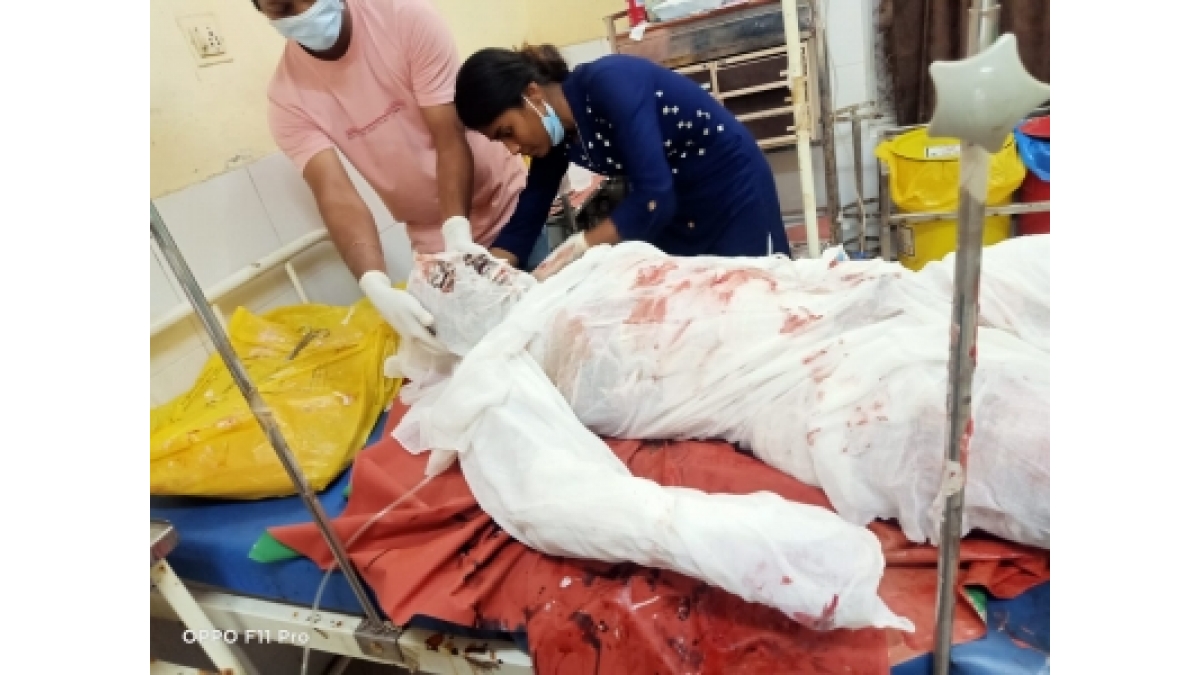 Even as the motive behind his gruesome killing remains unclear, the police have formed 10 teams comprising 100 policemen and are understood to have developed strong leads which could help crack the case soon, officials indicated.

Surajkumar M. Dube, 27, a Leading Seaman (LS), working at INS Agrani in Coimbatore, was kidnapped by some unknown persons outside Chennai Airport on January 31 evening and after 3 days of confinement was brought to the forests in Palghar – around 1,500 kms away – doused with petrol and burnt after he refused to pay a ransom of Rs 10 lakh to his abductors.

Dube succumbed to 90 per cent burns late on Friday, but the Palghar Police managed to record his dying declaration, even as the Naval Police launched its own independent probe into the case.

Addressing the media, Palghar Superintendent of Police Dattatray Shinde said that the deceased used 3 mobile ones of which one was exclusively for dealing in stocks and shares which even his family was unaware of.

Besides, Dube had picked up a personal loan of Rs 8 lakh, a private loan of Rs 5.75 lakh from a colleague, and after his engagement on January 15 had got another loan of Rs 9 lakh from his future in-laws.

The police are also investigating the mystery behind 13 calls he got from a particular number repeatedly demanding the details of his Raipur-Hyderabad-Chennai flight on January 30-31.

Shinde added that the deceased had promised his colleague that he would return the loan soon either by cheque or online transactions, though the motive behind the 1,500-km trip from Chennai to Palghar remains a mystery.

After Dube failed to rejoin duty, his father Mithilesh Dube contacted INS Agrani Commander Ashok Rai to enquire, though the family did not get any ransom calls after his sudden disappearance outside Chennai Airport.

Dube had switched off his two personal phones on the night of January 31 with the last location indicating Chennai Airport’s vicinity, puzzling the family which filed a missing complaint with Chainpur Police Station in Jharkhand.

On February 1, his cousin Chandan Dube learnt of the third number which was active but Dube did not answer after which the police contacted the two share-trading firms.

Mithilesh Dube has claimed he has no knowledge of his son’s stock market investments, the huge loans and related aspects, Shinde said.

“The real motive behind the murder is not clear. Our team has already reached Chennai to probe. We hope to solve the case as soon as possible,” the Palghar SP added.

Despite the huge loans Dube had picked up, his two accounts in different branches of State Bank of India showed a measly balance of Rs 392, with the rest of the amounts transferred to the two share-trading firms through which he conducted his deals.

Shinde said that after Dube was taken to a remote hilltop in the forests in Palghar and burnt, the badly charred and bleeding Dube managed to climb down the hillock to drink some water when horrified locals spotted him.

They alerted the Gholvad Police which rushed there and shifted him first to a Dahanu hospital and later the INS Asvini in Mumbai where he died late on Friday.

“We are probing all possible angles including whether the kidnapping was self-staged with the alleged Rs 10 lakh ransom demand to help clear his financial mess and ward off creditors,” said Shinde.

Dube had joined Indian Navy in 2013 and after an initial stint in INS Chilka in Odisha, he was transferred to Mumbai and in 2019 posted to INS Agrani in Tamil Nadu.