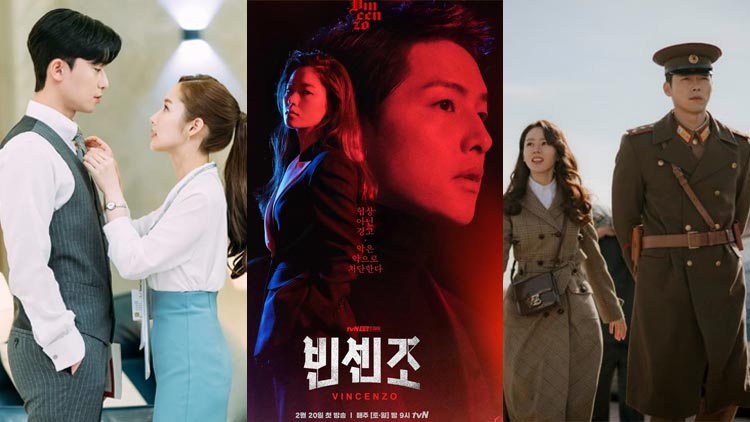 Ever since the pandemic happened, everyone has had a lot of time on their hands along with being unable to go out, and hence all forms of entertainment have been consumed irrespective of the language barrier.

Korean dramas are popular worldwide but became a hot topic lately, especially in Asia due to the peak of interest in and spread of Korean Culture also casually called the “Korean Wave” that took over.

It has taken over as a trend that won’t fade out so soon. Do you want to join in and be the judge of whether the hype is worth it or not? Well, I’ve got you. Below are a few k-dramas, hand-picked for you to choose from.

This drama is set in the suburban and posh area of Seoul, a residential area known as ‘Sky Castle’ where only the ones with wealth and wealthy professions live. It revolves around the materialistic desires and wants of those upper-class parents and to what extent they are willing to go for their families to keep succeeding and excelling in everything.

The wives are determined to make their husbands more successful and have their kids study in the top universities irrespective of what the kids want. It depicts the psychological pressure their kids go through, the wicked ways they take to put each other down, and so on.

This drama recorded the highest rating in Korean cable television history when it was aired.

2. Crash Landing on You

This drama is about a successful South Korean businesswoman, who also happens to be a chaebol heiress (chaebol basically means a large family-owned business clan) who is faced with a mishap while paragliding near Seoul, South Korea, and is forced to make an emergency landing in North Korean lands.

An army captain happens to find her and decides on helping her hide there. And while doing so, they both end up falling in love despite the feud between their respective countries.

This drama has the third-highest rating in Korean cable television history.

This drama is about a narcissistic vice chairman of a major corporation who falls in shock when one day his secretary of nine years comes in with a resignation letter. He then asks her what the reason for her resignation is and she replies that she wants to live her life.

He then decides to try and do everything in his power to make sure she doesn’t leave, and that is when they uncover a common traumatic past experience that changes and answers a lot of things that felt weird.

This drama has a little bit of everything and is perfect as a mood lifter.

This drama is about a man who hides his identity, and his past and starts living a second life with his wife who happens to be a detective. They appear as a perfect and loving family with their daughter who loves them dearly.

But then there is a series of unexplained murders that his wife and her colleagues decide to take upon and then slowly, her perfect life is not so perfect anymore. She finds out about a lot of things she wished she didn’t, including her husband’s past which may or may not has been fabricated or misunderstood.

During an important visit to his homeland, a Korean-Italian lawyer, as well as a mafia consigliere, faces a conflict with an unrivaled corporation firm that happens to have taken illegal ownership of the building he visits. He then uses his skills to reclaim the building and gives them a taste of their own medicine with a stash of justice for the commoners living in the building as well.

The first episode reached a 7.7% rating nationwide, making it the fourth highest-rated tvN drama premiere. Overall, it ended up being the ninth highest-rated drama in Korean cable television history.

This series was especially popular amongst the international viewers through Netflix, helping it maintain its position in the Top 10 TV shows on Netflix as well as ranking fourth on the Forbes list of most-viewed Korean series in 2021.

These are some of the most popular and loved K-dramas amongst the fans, K-citizens and international fans included. Start with the one that clicks your taste, and have fun exploring more!

I’ve watched 2/5 of these ! flower of evil and vincenzo really deserve the hype they get, thank you for suggestions!