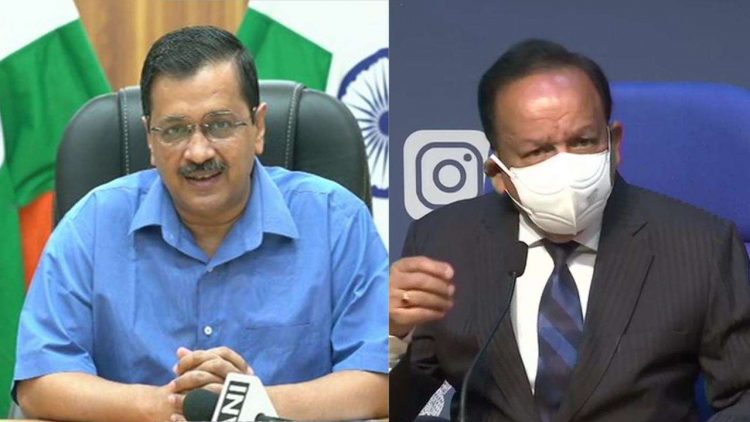 Delhi Chief Minister Arvind Kejriwal on Monday requested the Central government to ban all flights coming from the United Kingdom after a new mutation of coronavirus emerged in the UK, which is a “super-spreader.”

“New mutation of coronavirus has emerged in the United Kingdom, which is a super-spreader. I urge the central government to ban all flights from the UK immediately,” Kejriwal tweeted.

New mutation of corona virus has emerged in UK, which is a super-spreader.

I urge central govt to ban all flights from UK immediately.

This comes as Union Health Minister Dr Harsh Vardhan assured that there’s no need to panic as the government is alert.

Rajasthan Chief Minister Ashok Gehlot on Monday also expressed concern on the new strain of novel coronavirus emerging in the UK and urged the Central government to ban all flights from Britain and other European countries immediately.

“The new strain of novel coronavirus emerging in the UK is a matter of great concern. The government must take prompt action, prepare a contingency plan to contain the same and also immediately ban all flights from the UK and other European countries,” he said in a tweet.

Notably, UK Health Secretary Matt Hancock on Sunday had said that the new strain of COVID-19, being seen in their country is “out of control”.

Following this announcement, several countries in Europe have taken precautionary measures and placed restrictions on the flights coming from UK.

Fearing a spike in the number of cases, the UK government has imposed a strict lockdown in London and South-East England amid Christmas celebrations.

Worried by the potential influx of travellers from Britain, countries such as Belgium, France, Germany, Ireland and the Netherlands on Sunday announced the suspension of air links, and in some cases rail and ferry routes as well, from Britain. The step has been taken so that the threat of this new strain does not reach these countries. Several more countries are considering such restrictions.