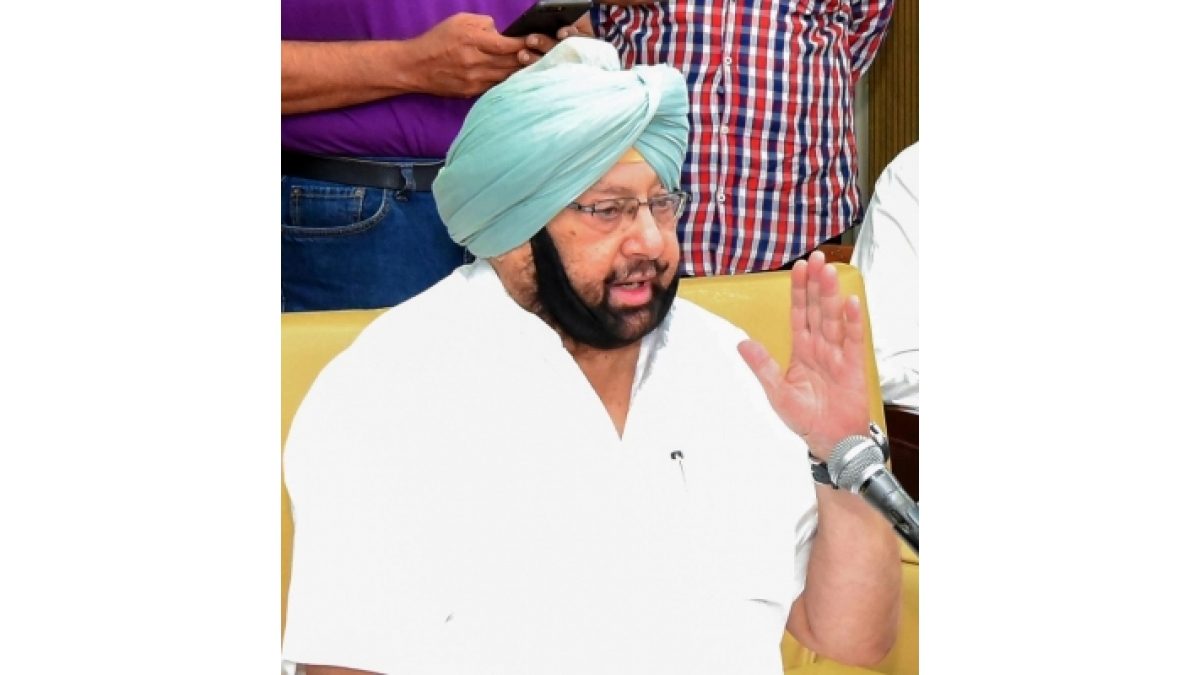 He declared that “these voices will continue to rise” till the farmers’ interests are secured.

Punjab was included in the committee only after he personally wrote to the Centre on the issue, said the Chief Minister, making it clear that neither he nor his government were ever asked or consulted about the ‘black’ farm laws.

Appealing to the Prime Minister to fulfil the demands of the agitating farmers, who are sitting at Delhi’s borders for the past two months, the Chief Minister said the farm laws are “completely wrong as they are against federalism, since agriculture is a state subject under Schedule 7 of the Indian constitution”.

Unfurling the Tricolour here at Raja Bhalindra Singh sports complex here, the Chief Minister recalled the contribution of Baba Saheb B.R. Ambedkar, who had drafted the constitution which remains the bedrock of the nation’s governance till date.

Hoping that the tractor march of the farmers passed off as peacefully as their agitation so far has been, the Chief Minister said “old farmers are sitting at the borders of the national capital not for themselves but for their children and the future generations”.

Declaring that his government was with the farmers, he said, “be peaceful, and the country is with you”. He noted that 122 MPs in the UK had spoken in favour of the farmers and other countries had also supported the protests as the farmers had been peaceful all along.

Amarinder Singh lamented that he never thought he would see a day when Punjab’s farmers, who had made the nation self-sufficient in food by ushering in the Green Revolution and ensured that India never needed to beg for food under America’s PL 480, would be forgotten in this manner.

At one time, Punjab farmers were contributing 50 per cent to the food basket, and even now contribute 40 per cent of the total foodgrains, the Chief Minister said, adding that “we can never forget what they have done for our country”.

With production now being carried out also in Ganga, Narmada and Kaveri basins, the farmers of Punjab were being sidelined, said the Chief Minister, adding, “God forbid a day will come that Punjab would be needed by the nation again”.

Not once did the Congress, which had been providing MSP, indicated that it would ever be withdrawn or talked about winding up the Food Corporation of India, he said, pointing out that with the public distribution system depending on the government procurement, the poor would also suffer if the new farm laws are not repealed.

Pointing out that 20 per cent of India’s army comprised Punjabis, the Chief Minister slammed the BJP-led government at the Centre for not bothering about the families of Punjab’s jawans fighting on the fronts to protect the country.

Punjab’s soldiers are posted at all fronts, safeguarding the borders, he said, adding that the nation needs to be prepared to meet the multiple threats posed by the collective power of China and Pakistan.

Despite Punjab’s size being reduced drastically in the Partition and then the state’s reorganisation, it had stood for the nation always, and will continue to do so, he added.

Lauding the state’s farmers for the record wheat and paddy production amid the pandemic, Amarinder Singh listed out various measures taken by his government for their welfare, notably the loan waiver and abolition of ‘kurki’.

While 5.62 lakh farmers had already been provided debt relief of Rs 4,700 crore, 2.82 lakh landless farm labourers will be given relief this year, he announced.

The Chief Minister also thanked all those, especially the healthcare and frontline workers, who helped the state fight the Covid-19 pandemic and played a vital role in managing the lockdown seamlessly without inconvenience to the people.

He made special mention of the Punjab Police, who, for the first time, arranged for distribution of food to ensure that nobody went hungry.

The Chief Minister, on the occasion, saluted the martyrs of the freedom struggle, including those of the Jallianwala Bagh tragedy, and also remembered the great Gurus whose Prakash Parv he has been fortunate in celebrating as Chief Minister, both in his first and current tenures.

He said his government was geared up to celebrate the 400th Prakash Utsav of Guru Teg Bahadur in a befitting manner, and pointed out that the Republic Day tableau of the Punjab government displayed on Rajpath was also dedicated to the historic occasion.

My heart goes with farmers on R-Day: Punjab CM

X
Punjab Woman’s Head Severed from Body in Front of Customer as Her Hair Get…IndiaIn a shocking incident, a 30-year-old woman’s head got decapitated at a flour mill in Punjab in front of a customer on Monday. She was declared dead a…
close