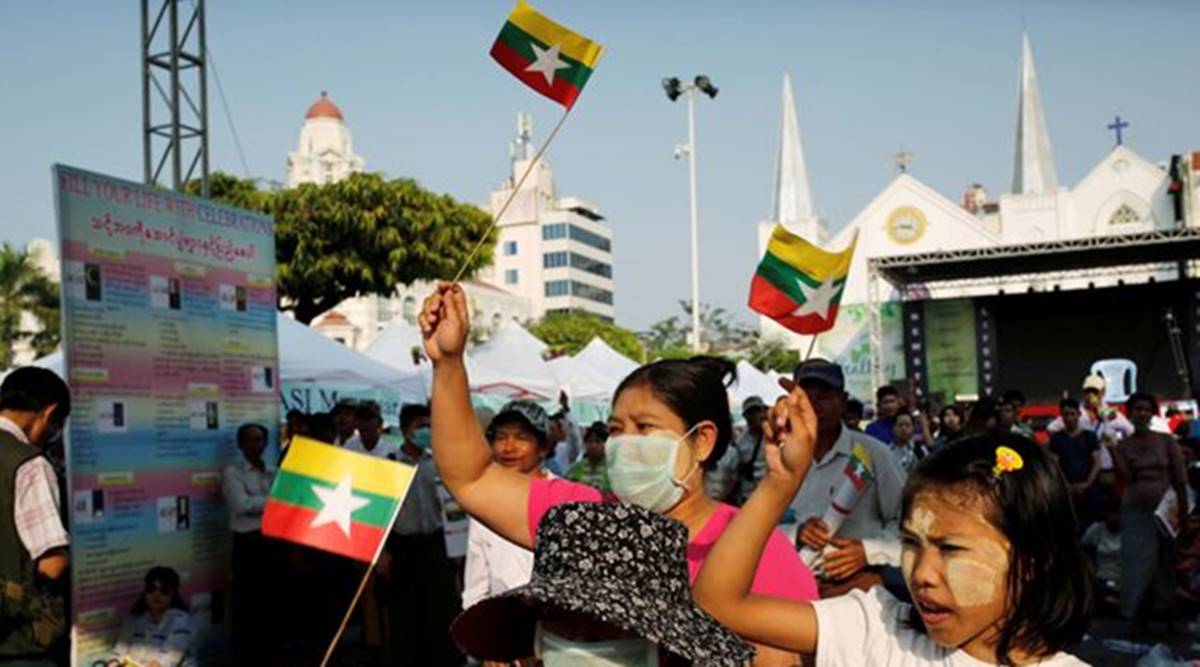 Myanmar’s military said on Saturday it would protect and abide by the constitution and act according to law, a move that could allay concerns that the armed forces might attempt to seize power.

The statement comes a day after United Nations Secretary-General Antonio Guterres and Western embassies in Myanmar expressed serious concerns about the possibility of army intervention in Myanmar, a country ruled by the military for 49 years after a 1962 coup.

The military, known as the Tatmadaw, said recent remarks by its commander-in-chief, Senior General Min Aung Hlaing, about abolishing the constitution had been misinterpreted. “The Tatmadaw is protecting the 2008 constitution and will act according to the law,” it said. “Some organisations and media assumed what they want and wrote as Tatmadaw will abolish the constitution.”

Aung San Suu Kyi’s ruling National League for Democracy Party (NLD), which won November’s election in a landslide,
called the statement a “suitable explanation”. NLD spokesman Myo Nyunt told Reuters the party wanted the military to be an organisation “that accepts the people’s desire regarding the election”.Myanmar-based analyst Richard Horsey said an imminent coup now seemed unlikely. “It appears that Myanmar military has stepped back from its coup threat,” he said on Twitter.

“How to interpret that, and what it means for stability going forward, depends on the behind the scenes details that aren’t clear yet. “Political tensions escalated this week when a military spokesman declined to rule out a coup ahead of a new parliament convening next week, and warned the armed forces could “take action” if its complaints about vote fraud were not addressed.

Pro-military demonstrations were held in several major cities. On Saturday, about 200 people marched through the
commercial capital of Yangon, waving banners and chanting in support of the military and against foreign intervention in the country’s internal affairs.

The crowd, walking in the shadow of Shwedagon Pagoda, Myanmar’s most important Buddhist site, called on government and the election commission to resolve complaints of fraud. Myanmar’s election commission on Thursday rejected the
military’s allegations of vote fraud, saying there were no errors big enough to affect the credibility of the vote. The army’s repeated allegations of irregularities in the election, in which the NLD won 83% of seats, have led to the most direct confrontation yet between the civilian government and the military, which has an awkward power-sharing agreement.

The constitution reserves 25% of seats in parliament for the military and control of three key ministries in Suu Kyi’s administration. Military chief Min Aung Hlaing added to the coup fears when he told military personnel on Wednesday that the constitution should be repealed if it was not abided by, citing previous instances when charters had been abolished in Myanmar. In Saturday’s statement, the military said his remarks were “to make them understand the situation of the constitution.”