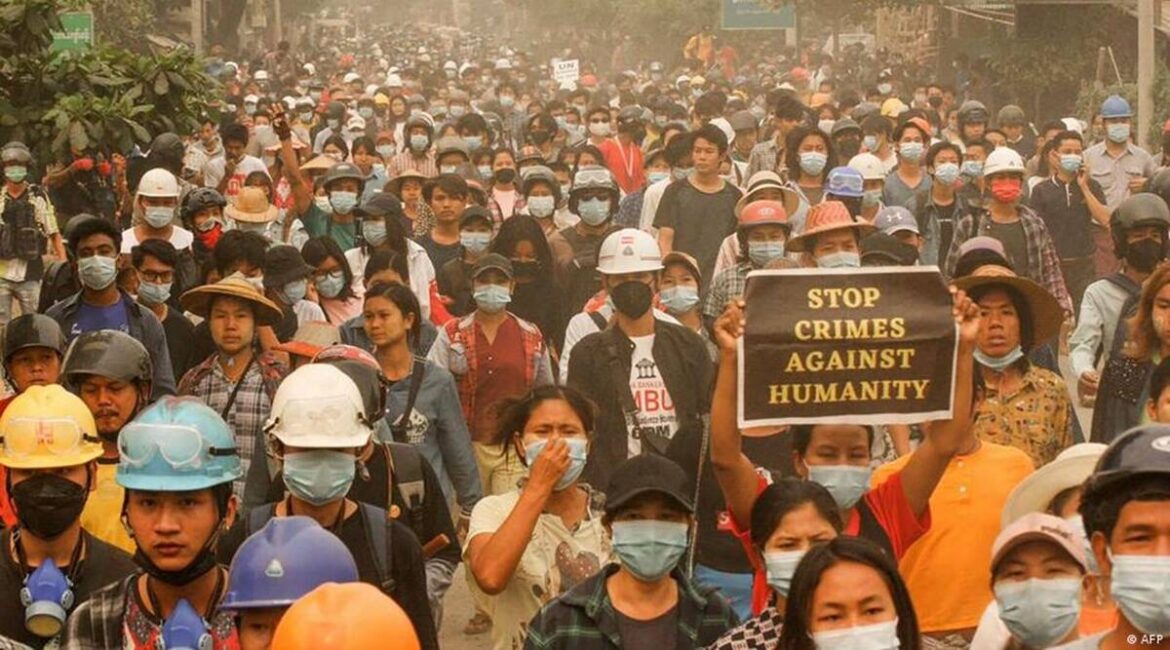 The death toll in Myanmar’s military crackdown on anti-coup demonstrators has reached 510, the Assistance Association for Political Prisoners (AAPP) confirmed on Tuesday, warning that the true toll might be higher.

The AAPP said at least eight civilians were killed in Myanmar’s biggest city Yangon on Monday. The total number of deaths the watchdog recorded on Monday was 14.

International pressure is mounting on Myanmar’s junta for using force against protesters since the military ousted the elected leader Aung San Suu Kyi on February 1.

On Monday, the United States suspended a trade deal with Myanmar, demanding the restoration of a democratic government.

The US, Canada, Britain and the European Union had imposed sanctions on Myanmar’s military generals. International organizations, including the United Nations, have continuously condemned the crackdown.

Garbage covered the streets of Yangon on Tuesday as activists found a new way to protest the coup.

Images circulated on Twitter showed piles of garbage at main road intersections after protesters asked residents to leave their rubbish as a form of civil disobedience.

According to local media, authorities warned that they would take action against those who threw out garbage in Kyeemyindaing district, western Yangon.

Earlier in March, Myanmar’s junta imposed martial law in two districts in Yangon to gain more power amid increasing protests in the city.

The Ta’ang National Liberation Army, the Myanmar Nationalities Democratic Alliance Army and the Arakan Army (AA) said if the junta did not stop the bloodshed, they would “cooperate with the protesters and fight back.”

The statement came after the General Strike Committee of Nationalities (GSCN), one of the leading groups organizing demonstrations, called for ethnic minority forces to help protesters.

Since Myanmar’s independence from Britain in 1948, armed rebel groups have fought the central government for decades for more autonomy.