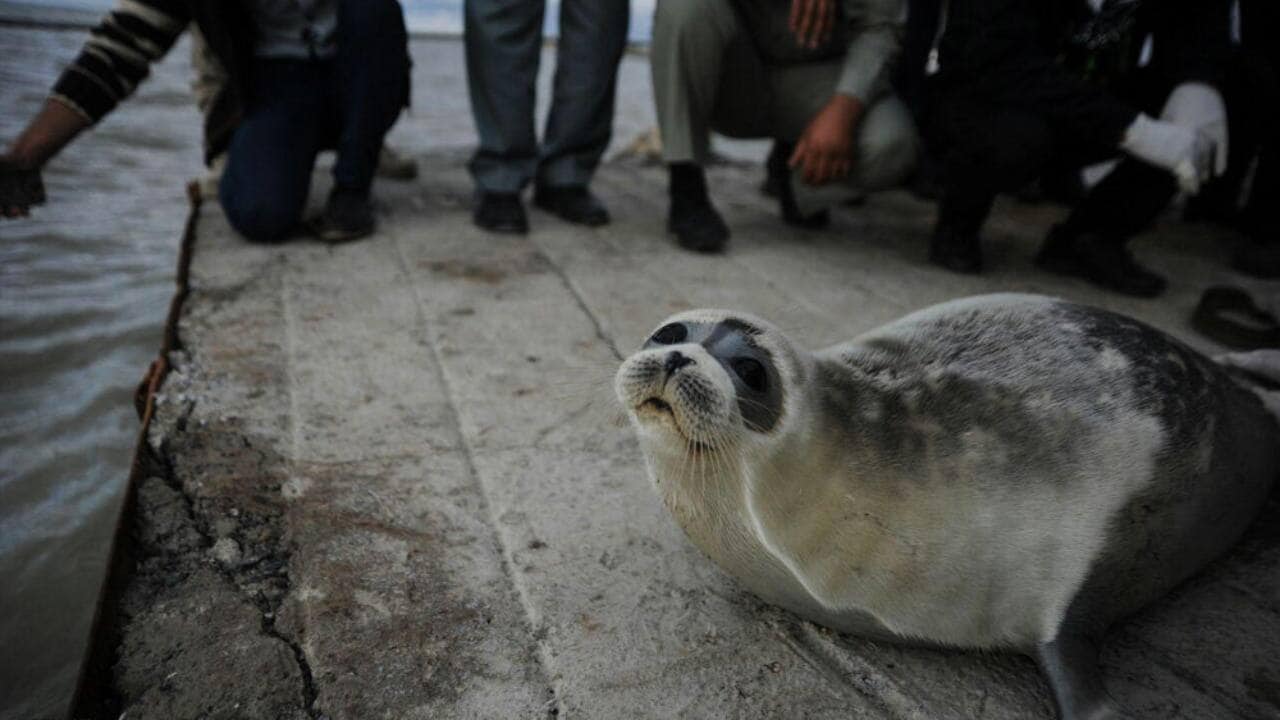 Russian authorities said Friday they were investigating the mysterious death of nearly 300 endangered seals that had been discovered washed up on the shores of the Caspian Sea. Between Sunday and Thursday, 272 dead Caspian seals had been found at a number of locations in the southern region of Dagestan including its regional capital Makhachkala and Derbent, another major city, said the state fisheries agency Rosrybolovstvo. Some of the seals were pregnant.

An agency spokeswoman told AFP that more dead seals could yet be discovered.

A team of experts arrived from Moscow to help conduct an investigation.

The fisheries agency said “infectious disease” as well as “external” reasons could be behind the mass die-off and an animal abuse probe would be launched.

A caspian seal being returned to sea by a fishing boat at the port of Turkmenis. Image: Wikimedia Commons

Seals have for decades suffered from over-hunting and the effects of industrial pollution in the Caspian Sea.

Experts say there are now about 70,000 Caspian seals, down from more than 1 million in the early 20th century.

As well as the seals and other endemic species including the famed beluga sturgeon, the Caspian Sea boasts vast energy reserves.

Pollution from the extraction of oil and gas there, along with declining water levels due to climate change, pose a threat to many species and put the future of the sea itself at risk.

The UN Environment Program has warned that the Caspian “suffers from an enormous burden of pollution.”