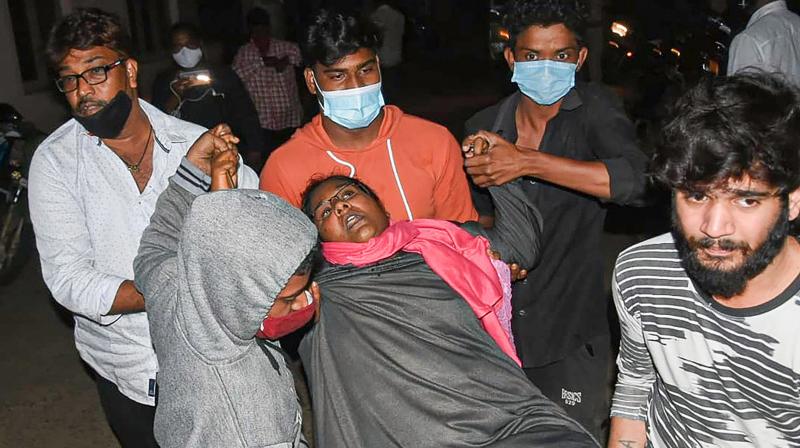 Amaravati: A total of 18 people, including children, suddenly fell unconscious after suffering from symptoms of fits and nausea in Eluru town in Andhra Pradesh on Saturday, but all of them turned normal within a few minutes.

The incident in the One-Town area, however, triggered panic among the city residents as talk of a mysterious disease afflicting people spread.

He said everything was normal and there was no need for panic.

“We have collected blood samples and sent them for examination to determine the cause of the disease,” Nani said.

About 60 per cent of the victims were in the 10-18 age group while others were older. West Godavari district Joint Collector Himanshu Shukla told PTI over phone that a CT scan of the victims was also taken and everything turned out to be normal.

This could be a case of viral infection, he said.

These people complained of body pains, headache, nausea and symptoms of fits before falling unconscious. But within 10-15 minutes, they became normal and there is nothing serious, Himanshu pointed out.

A paediatrician and neurosurgeon were treating the patients and beds have also been readied in the GGH to attend to any emergency, he added.

Water samples have been collected from the One-Town area to check whether any contamination caused the sudden outbreak.

These cases are sporadic and not widespread even in that particular locality. But we are examining all factors, Himanshu said.