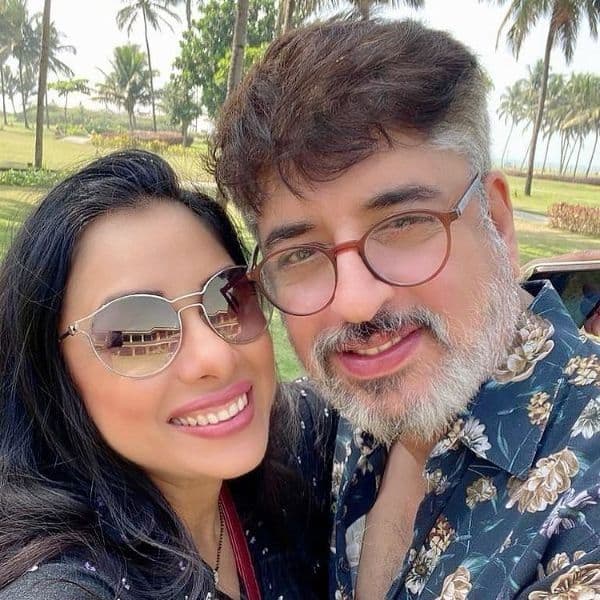 Nach Baliye is one of the most loved reality TV shows. Every years fans wait to see their favourite celebrity couples perform on stage. Nach Baliye 9 was won by Prince Narula and Yuvika Chaudhary. The season also included ex-couples and was produced by Salman Khan. Post the show ended, fans had been waiting for Nach Baliye 10. Now, there have been many stories doing rounds about celebrities who might be a part of Nach Baliye 10. The latest name that has come up is of Anupamaa actress Rupali Ganguly and husband, Ashwin Verma. A source close to Spotboye informed them about the same. Also Read – Anupamaa: Parull Chaudhry of Divya Drishti fame to enter TRP topper; shares BTS pictures from the sets

The source said, “She has not said yes to their offer yet, but if all things fall in place, we may see Rupali participate with her husband in the show.” Earlier, Spotboye had reported that the first couple who has been approached to participate in the show is Aditya Narayan and his wife Shweta Agarwal. Earlier, it was reported that it will be Karan Johar’s Dharma Productions who will produce the show this year and as per reports in Pinkvilla, Bipasha Basu, David Dhawan, and Vaibhavi Merchant have been approached to be the judges of this season. A source close to Pinkvilla had said, “Channel and the production are in talks, back and forth with Bipasha, David Dhawan and Vaibhavi Merchant to be the judges for the upcoming season. The talks are currently on, but nothing is confirmed as yet. Things might get locked next week.” Also Read – Anupamaa Spoiler Alert: Vanraj and Anupamaa to live under one roof for Pakhi?

It was also reported that Diya Aur Bati Hum and Kavach fame Deepika Singh with husband Rohit Raj Goyal were approached for the show. Deepika Singh is already a trained dancer. Also, Krishna Chali London actress Megha Chakraborty was also been approached for the show. Gauahar Khan and Zaid Darbar’s name is also doing rounds on the internet. Also Read – Anupamaa Spoiler Alert: Anupamaa takes on a ghostly avatar to save Pakhi from goons