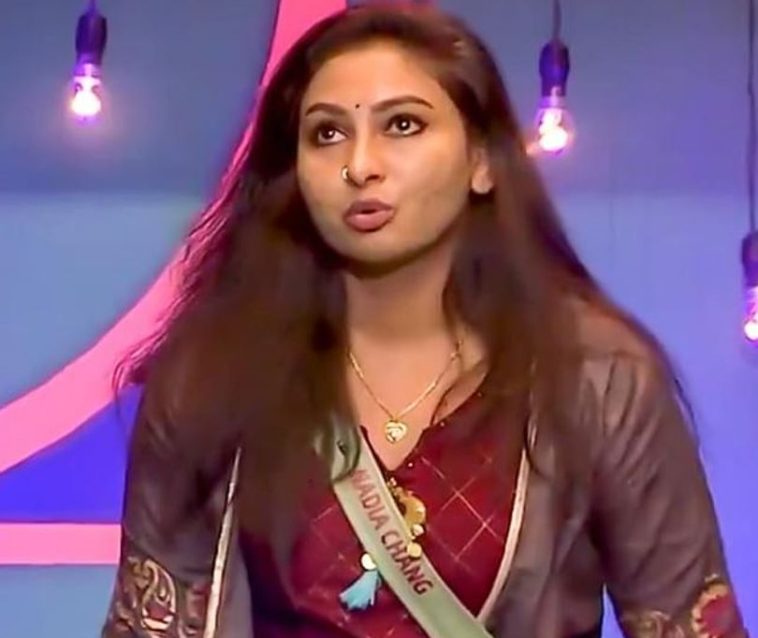 A Bigg Boss contestant, Nadia Chang (born 23rd February 1990) is a Malaysian model and digital content creator, famous on Tiktok as well as on YouTube. She is from Ampang, Kuala Lumpur, Malaysia with Indian origin.

In 2009, she married to Chang Soon Huat and the couple has been blessed with three daughters.

1st Week
Nadia Chang had entered the house on grand premier day, 3rd October 2021. She along with all the housemates was nominated for the first week elimination, but the good thing is that there was no elimination for 1st week, However, also for the 2nd week eviction process Nadia was nominated along with other housemates.

Nadia Chang was nominated for the 2nd week along with other housemates. During the Oru Kadhai Sollattuma task, each and every contestant had to share their life journey to which other contestants had to response to their story through emoji’s including like, dislike & heart. Nadia also narrated her story as the part of the task. Before starting her story, Nadia apologized to her mother. She spoke about her mom’s strictness and troubles she faced because of her.  Because of her mother over strictness, Nadia and her sisters had to flee from the house many times.  She also revealed that she started to hate her mother when she made the police beat her. Nadia said she didn’t enjoy her teenage or college life. Further Nadia shared about her love life and marriage with her husband, Chang.

In the 2nd week eviction process Nadia Chang reached in danger zone announced on weekend episode, Saturday, 16th October 2021 and was eliminated from Bigg Boss house, revealed on Sunday, 17th October 2021, by the host of the show Kamal. Some housemates were shocked with Nadia’s eviction. After sharing some emotional moments with Mathumitha, Nadia left the Bigg Boss house.

RELATED:  Kanye West is not happy with his and Kim Kardashian's separation being featured in 'Keeping Up With The Kardashians'