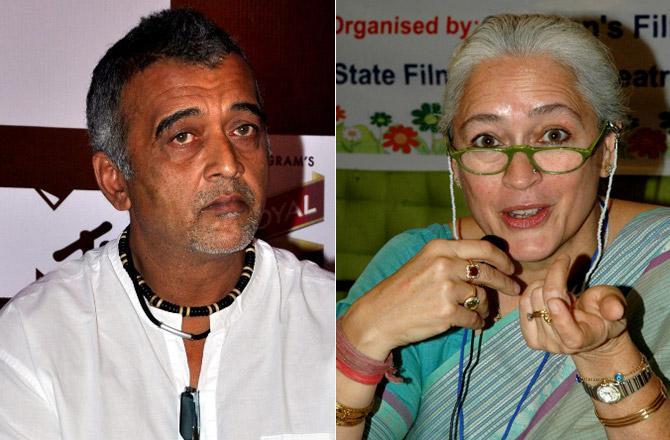 Nafisa Ali, who shared her friend-singer Lucky Ali’s another soulful rendition of O Sanam recently, spilt beans on the BTS story of the video that went viral in no time. The video, shot in Goa, left social media users in awe of him.

In an interview with Times Now Digital, Nafisa Sodhi recounted, “So, my friend Bablu told me about this lovely place and said all the young musicians come there and since Lucky is here, he asked would you like to come and listen to them. Lucky said, ‘Ya, of course I encourage musicians so I want to be there’… So we went there and they sang and it was a beautiful evening… When it all came to an end, they said, ‘Sir please sing us a song’ and now Lucky said, ‘Nafisa, you’ve put me in a spot’. I said ‘what did you think, you are their guru, you are the legend. If they want you to sing one song, I feel you show them how you sing’. Then I just quickly put my camera on and recorded it.”

Nafisa, who is currently residing in Goa, shared the video in which the singer is seen treating his fans with another soulful rendition of “O Sanam”. “Lucky Ali‘s live and impromptu performance at Arambol. At the Garden of Dreams @officialluckyali #goa,” she wrote on the social media while sharing the video.

The 62-year-old singer is dressed in casuals as he plays the tunes of his hit song on his guitar. The small crowd was seen cheering for him and some were seen capturing the live moment. At one point in the video, Lucky Ali pauses after singing the line “nazron se ab na humko giraana”, to which the whole crowd completes by saying “toh bhool na jaana” in unison.

Talking about Lucky Ali’s reaction to the video going viral, Nafisa Ali said, “Yes yes, he says what are you doing Nafisa! I said I took one snippet of you and I posted it, so I don’t know what has happened after that. I don’t understand what is ‘going viral’ and all. I just wanted to celebrate the genius of my dear old friend.”

Nafisa even added that it is not easy for someone to pick up another person’s guitar and play for a live audience in such a magical way.

Last month, a video of the singer crooning his hit song ‘O Sanam’ and playing it on the guitar, went viral. In the video, the singer stops at a line where there is a mention of the word ‘death’, drawing a widespread emotional response from fans.