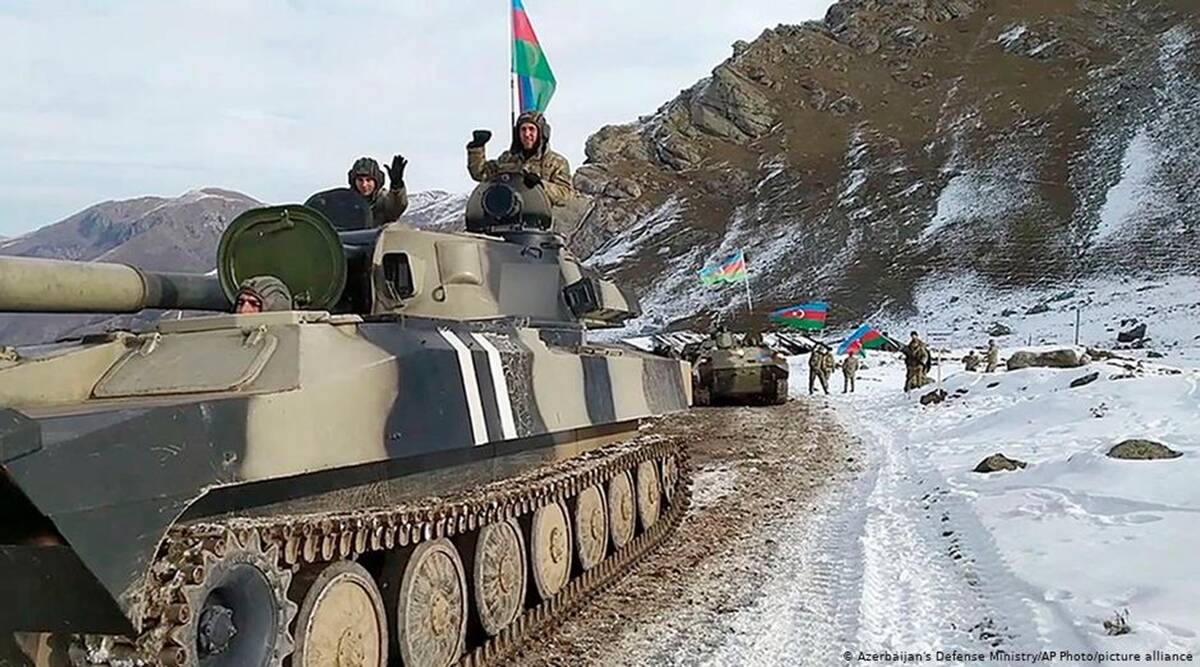 
Russia’s Defense Ministry reported that the cease-fire had been violated for the first time, but it stayed silent on assigning blame. (Azerbaijan’s Defence Ministry/AP/Representational)

Armenia and Azerbaijan blamed each other on Sunday for breaking the terms of a cease-fire in the disputed Nagorno-Karabakh region.

The Azeri government said four of its troops had been killed in Nagorno-Karabakh after a group of Armenian fighters ambushed its forces on November 26.

The deaths are the first to be reported during the conflict’s cease-fire, which has lasted more than a month.

For its part, Armenia said that six separatist fighters were injured in clashes with Azerbaijan’s troops after skirmishes broke out on Friday evening.

The Nagorno-Karabakh conflict erupted in September with clashes between Azerbaijan and separatists backed by Armenia over the mountainous region.

Fighting supposedly ceased on November 10, thanks to a Russia-brokered peace deal that saw the Armenians cede parts of its territory.

RELATED:  'He Will Be a President Who Represents the Best in Us': Kamala Harris Praises Joe Biden

More than 5,000 people including civilians were killed during the fighting between the ex-Soviet rivals, who had previously gone to war in the 1990s over the mountainous region.

Russia has deployed nearly 2,000 peacekeepers to the troubled region for at least five years, to monitor the peace deal and to facilitate the return of refugees.

Responding to Armenian accusations, the Baku government said the clashes over the weekend had taken place in an area that fell under its control, while its forces carried out a military operation against enemy forces responsible for the deadly attacks on Azeri servicemen.

But Armenia said its forces we simply repelling attempted intrusions by Azerbaijan’s forces into territories supposed to remain under the control of the rebel province’s government.

The Armenian Foreign Ministry said Russian forces were not present in the area where the clashes broke out.

Azerbaijan’s State Security Service shot back, saying “unfounded accusations against the Azeri side and the Russian peacekeepers by some Armenian leaders and media” were unacceptable.

Russia’s Defense Ministry reported that the cease-fire had been violated for the first time, but it stayed silent on assigning blame.

Azerbaijani President Ilham Aliyev warned that Armenia “shouldn’t try to start it all over again.” “It must be very cautious and not plan any military action. This time, we will fully destroy them. It mustn’t be a secret to anyone”, Aliyev said.

2020 felt like a “wasted year” for many young adults

China to be joined by international experts soon to help investigate coronavirus...

Analysis: A short list of Boris Johnson’s U-turns on the pandemic