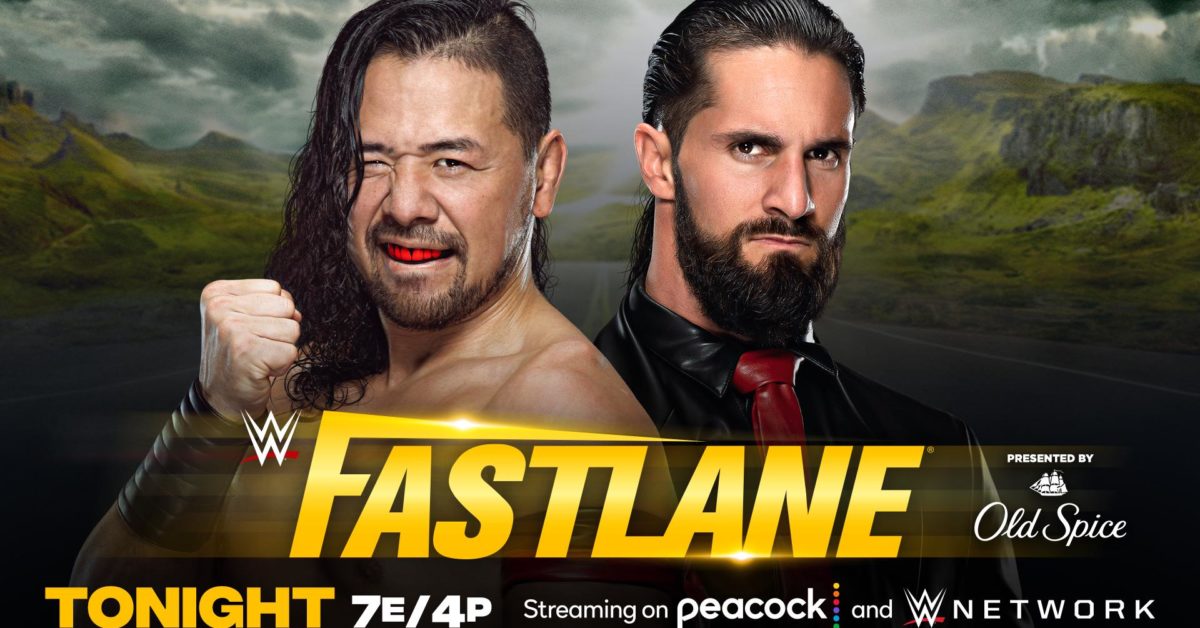 The first WWE PPV on Peacock, WWE Fastlane has been unspectacular so far. It’s not that anything we’ve seen so far has been bad. It’s that none of it has been necessary. WWE took way longer than usual to book WrestleMania this year, and so when they finally did get started, there was no time left to book Fastlane. As a result, the show so far has come off like an episode of Raw or Smackdown. That could change at some point tonight… but not during the next match.

A recap from earlier tonight on the Fastlane kickoff show shows us Mustafa Ali losing to Riddle and then getting chokeslammed by Retribution. So is that, like, a face turn for Retribution?

Riddle meets up with Shinsuke Nakamura backstage. He asks Nakamura to join his pimped-out scooter business. He tells a boring story and Nakamura walks away in the middle of it, which pretty much exemplifies this PPV.

Well, at least they threw a bone to the workrate fans tonight, though again, this match was literally booked days ago, and the WrestleMania feud seems to be Rollins vs. Cesaro, so we know Nakamura is just here to put him over. Still, it’s hard to hate on a match between these two from an in-ring perspective. The story of this match is Rollins, focused on Cesaro (who isn’t even at ringside), keeps underestimating Nakamura and trying to do things like put Cesaro’s holds on him, which enables Nakamura to get bursts of offense in during a match otherwise controlled by Rollins. For the finish, Rollins puts Nakamura down with the Stomp.

The match was pretty good. Probably the best one of Fastlane so far, though it’s a low bar.

WWE Superstars encourage viewers to get vaccinated. Not because Vince gives a damn if you live or die, but because he needs you to buy WrestleMania tickets.

Thanks for reading Bleeding Cool’s live results from WWE Fastlane. Back to Chelsy for the next one.