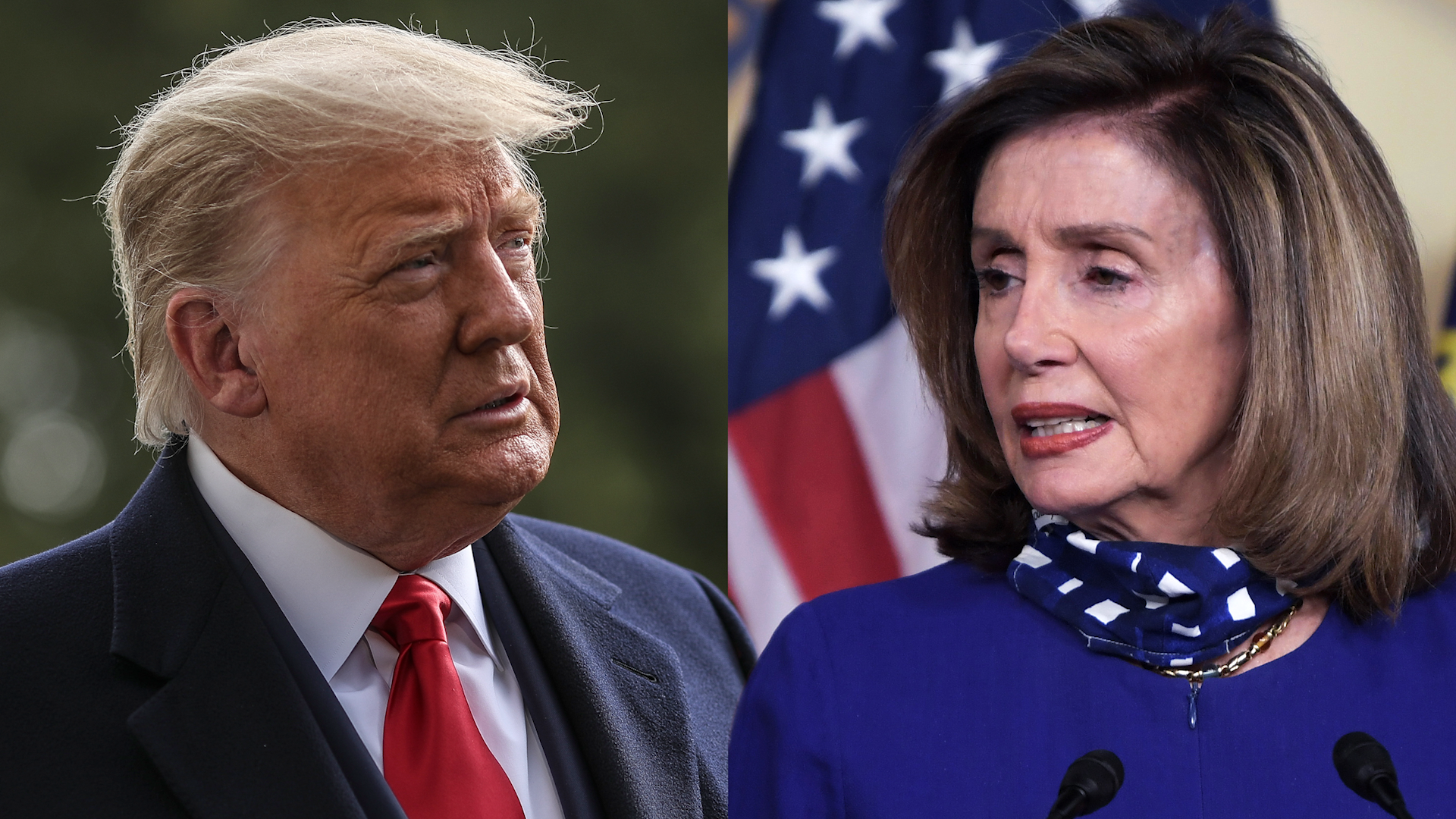 House Speaker Nancy Pelosi joined MSNBC’s Joy Reid for an interview at the Capitol on Tuesday, where she revealed her message to outgoing president Donald Trump. Pelosi implored Trump to admit that he lost the election, citing the hundreds of his supporters who stormed the Capitol on January 6 in an effort to stop the certification of the election, believing Trump’s many claims that it had been stolen.

“Accept the results of the election, concede to the president, Joe Biden, and call off the terrorists that you have unleashed,” Pelosi said, later adding, “Whatever the motivation of some of these people is they still believe this president when he says the election was not legitimate.”

It’s customary for an outgoing president to leave an incoming president a note, something Trump is reportedly not going to do. But Pelosi revealed what she would leave on a note for Trump in a hypothetical situation.

In fact, on the subject of Trump and his presidency, Pelosi had some harsh criticism.

Pelosi went on to say Trump was unworthy of the presidency and called him a disgrace. But when asked if she had a message for incoming president Joe Biden, Pelosi struck a much different tone.

“Be yourself. Be yourself,” Pelosi said. “Be your wonderful, authentic, caring Joe Biden. Bringing your vision, your knowledge and judgement, your strategic thinking, your connection to the American people to the floor. Be yourself, Joe.”

For more check out MSNBC.com.

Watch Marin Luther King III reveal what he thinks his father would think of the current state of politics in the U.S.: