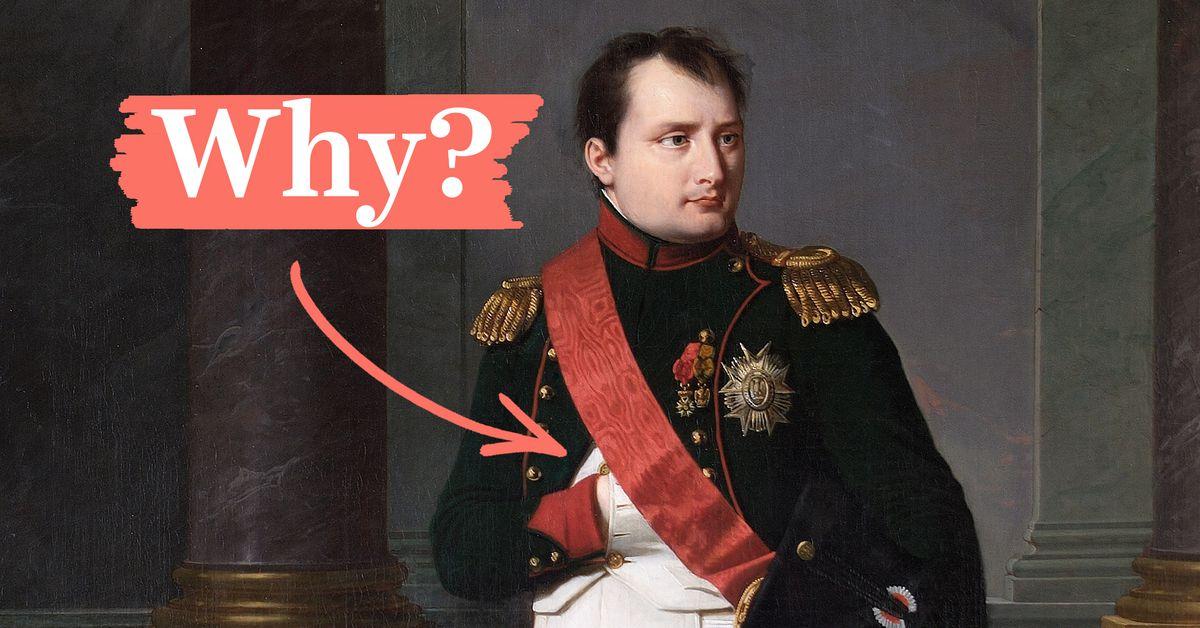 Napoleon Bonaparte was often depicted concealing a hand inside his shirt. Why?

Napoleon Bonaparte is one of history’s most famous figures. He’s been depicted in countless portraits, and, often, paintings show him in one specific pose: with one hand concealed inside his shirt. The gesture is a common feature of caricatures and impressions of the conqueror, and its frequent appearance has led to speculation about why he seemed to do it so often.

The answer is rooted in the gesture’s history. Concealing a hand in one’s coat has long signified gentlemanly restraint and was often associated with nobility. It goes as far back as ancient Greece, when famed orator Aeschines claimed that restricting the movement of one’s hand was the proper way to speak in public.

Portraits of Napoleon adopting this pose are an example of propaganda — the most famous version being Jacques-Louis David’s 1812 painting of Napoleon in his study. It portrays the ruler as a modest and hardworking leader; however, outside of France, Napoleon was often labeled a tyrant and considered to be ill-tempered. The hand-in-waistcoat gesture became a common way to depict him during his lifetime and long after he died.

The pose also became a portraiture cliché with the advent of photography, thanks to its dignified reputation — and because it was a good way to sit still during the long exposure times of early photography.

You can find this video and all of Vox’s videos on YouTube. And if you’re interested in supporting our video journalism, you can become a member of the Vox Video Lab on YouTube.