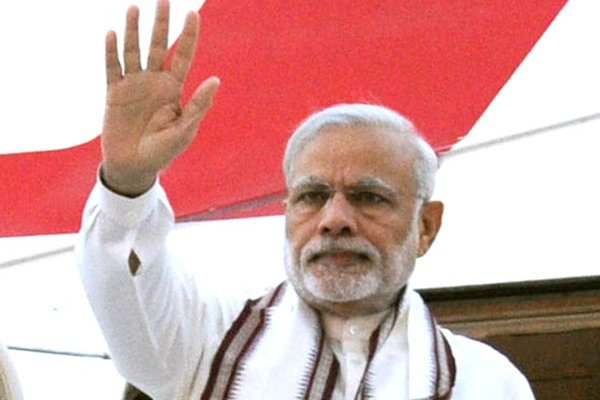 Indian Prime Minister Narendra Modi has lauded Ajinkya Rahane-led Team India for their unrelenting grit, resilience, patience, never-say-die attitude, one that helped them not only breach Australia’s fortress at the Gabba but also clinch the historic four-match series 2-1.

Before the 5th day’s day, the talk doing the rounds was whether the rain will aid the Men in Blue to escape with a draw. But the spirit of that new India was on full display as the Ajinkya Rahane-led team without veterans trumped Australia against all the odds stacked against them to chase down — a record fourth-innings total at the Gabba to break the hosts undefeated run since 1988 at Brisbane.

India did not get off to the best of starts during their difficult run-chase of 328 at Brisbane as they lost opener; Rohit Sharma, in the first half-hour of the morning session.

However, Shubman Gill’s flamboyant knock of 91 and Cheteshwar Pujara’s resilience during which he copped with blows after blows but ensured that he held the fort from one end even as Shubman Gill continued to smash the Aussies and in particular Mitchell Starc to all corners of the ground.

Shubman Gill was eventually dismissed by Australia’s premier off-spinner Nathan Lyon, but India continued to chip away at the target with interim leader —Rahane making his intentions pretty clear during his brief stay at the crease. Narendra Modi said everyone is overjoyed at the team’s success in Australia.

“We are all overjoyed at the success of the Indian Cricket Team in Australia. Their remarkable energy and passion was visible throughout. So was their stellar intent, remarkable grit and determination. Congratulations to the team! Best wishes for your future endeavours,” Prime Minster Narendra Modi wrote on Twitter.

We are all overjoyed at the success of the Indian Cricket Team in Australia. Their remarkable energy and passion was visible throughout. So was their stellar intent, remarkable grit and determination. Congratulations to the team! Best wishes for your future endeavours.

India scored 336 in 1st innings in reply to Australia’s 369 while Australia were restricted to 294 in 2nd innings. Mohammed Siraj took 5 wicket haul while Shardul Thakur took 7 wickets in the match besides top-scoring with 67 in India’s 1st innings. Narendra Modi congratulated the team India and wished them best of luck in future as the team have a packed schedule ahead with matches against England, Sri Lanka, Zimbabwe, South Africa and New Zealand in 2021.

The innings of the game, however, came from southpaw Rishabh Pant, who bettered his knock of 97 in the last Test at the SCG, to smash a brilliantly paced unbeaten 89 to seal the deal for Team India.