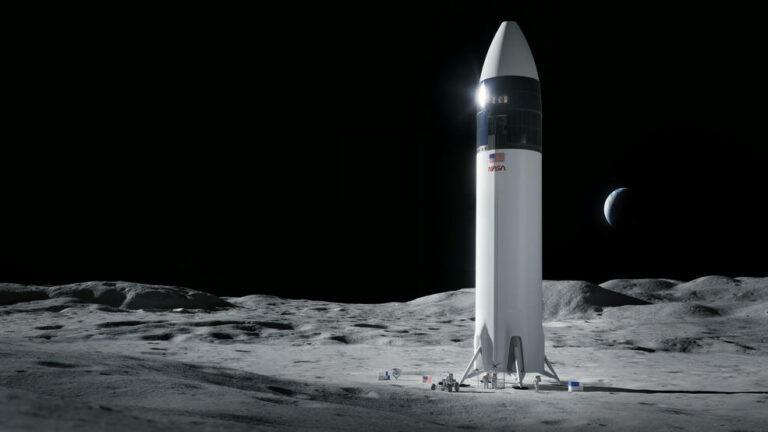 Elon Musk’s SpaceX was picked by NASA on April 16th to build the agency’s first human lunar lander since the Apollo program, as the agency opted to rely on just one company for a high-profile contract that many in the space industry expected to go to two companies.

Dynetics and a space industry team led by Blue Origin submitted their protests to the GAO this week, contending that the award unfairly favored SpaceX. The three teams spent months working on proposals in hopes of winning NASA’s support for developing a landing system capable of putting astronauts on the moon’s surface by as early as 2024.

The GAO has 100 days to determine whether the challengers’ complaints have merit, and if so, what to do about it. That 100-day clock runs out on Aug. 4.

In the meantime, the space agency is suspending work on the Human Landing System contract.

“Pursuant to the GAO protests, NASA instructed SpaceX that progress on the HLS contract has been suspended until GAO resolves all outstanding litigation related to this procurement,” NASA spokeswoman Monica Witt said in a statement emailed to GeekWire. “NASA cannot provide further comment due to the pending litigation.”

SpaceX’s private Starship development will likely continue. The company’s most recent test of a Starship prototype, SN15, is slated to launch within the next few days after clinching license approval from the Federal Aviation Administration this week.

NASA has said picking one company was the best decision it could make at the time with the funds made available from Congress. Last year, Congress gave the agency $850 million of the $3.3 billion it requested to procure two lunar landers.

SpaceX’s award was a key “first step” in a broader program to secure transportation to the Moon, NASA’s human spaceflight chief Kathy Lueders said at the time, promising that new contract opportunities will open up in the near future.