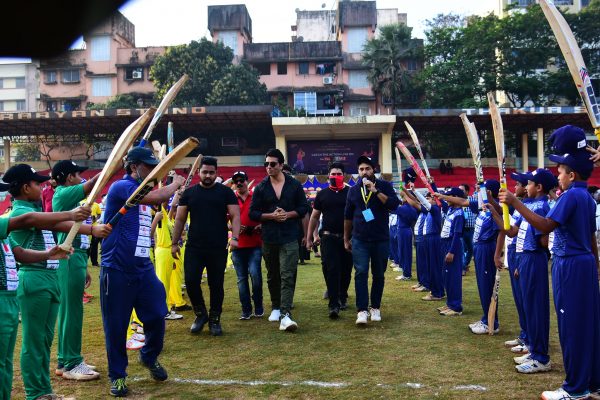 After a huge turnout in the Mumbai edition of the Cricfit Premier League (CPL), the Nashik edition of CPL 2021 will see 10 girl’s teams fighting it out for the illustrious trophy. The age-group tournament will roll out from February 15 (Monday) at the Golf Club Ground with the final slated to take place on March 9.

Meanwhile, the Mumbai edition of the CPL 2021 saw four teams plying their trade. After a superlative response, 10 teams – six more than the Mumbai version have registered to participate in the tournament. The governing council of Cricfit Premier League and letsallhelp.org have decided to fund the participating fees of all the girl’s teams to promote women’s cricket in India.

Incidentally, women’s cricket in India is presently at a new dawn where more and more young girls are taking up the sport after the Indian women’s cricket team’s recent success at the international stage. The likes of Smriti Mandhana, Mithali Raj, and Harmanpreet Kaur have put the sport on a large scale inspiring young girls to join in numbers.

Also Read: CPL 2021 Nashik Edition To Roll Out From February 15

CPL 2021 promises to give the women cricketers a similar exposure with U-19 age group girls from all over Maharashtra especially the small cities joining in overwhelming numbers. Coloured clothing, live telecast on social media platforms, the tournament aspires to provide the young cricketers with an early taste of what franchise cricket looks like.

The tournament only promises to grow bigger and provide a larger platform to the women cricketers all across India in the coming days.