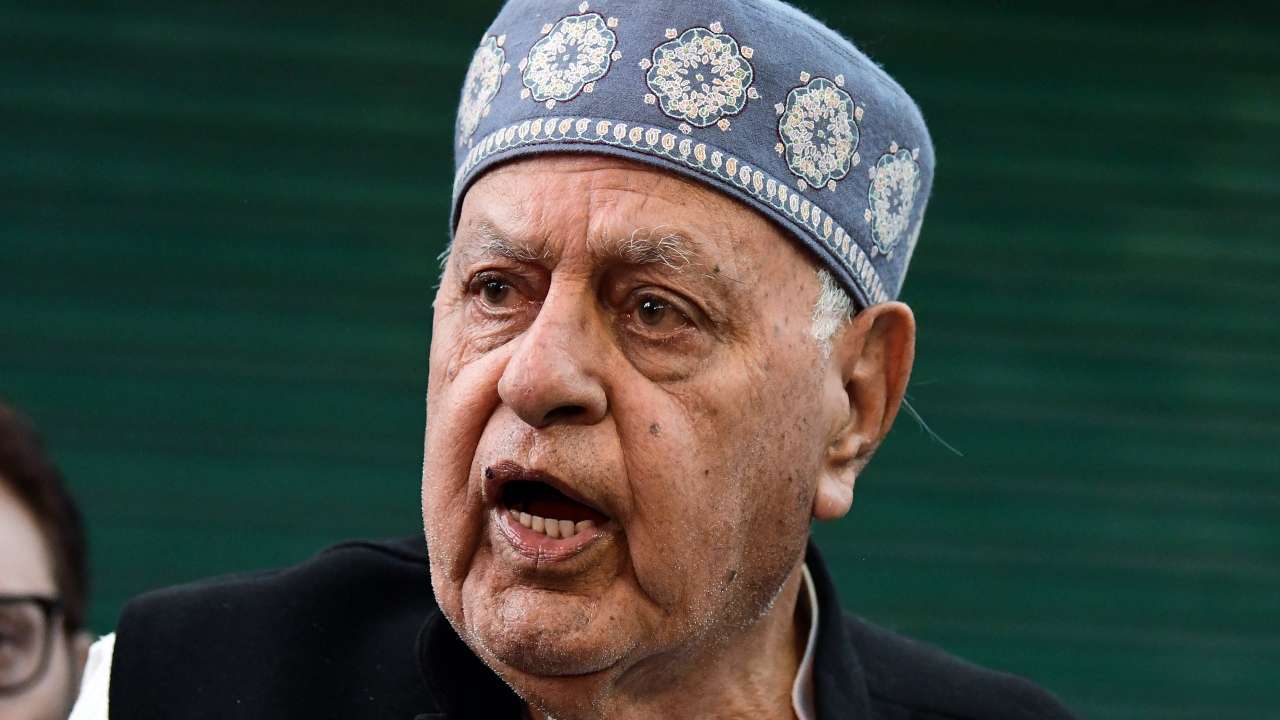 After reports of Farooq Abdullah and his son Omar Abdullah emerged for illegally posessing land in Jammu, the National Conference came out with a clarification and termed the reports as “completely false”.

According to the news reports, the former Chief Minister Farooq Abdullah was a beneficiary of the now-scrapped Roshni Act.

“The news attributing to sources that Dr Farooq Abdullah is a beneficiary of the Roshni Act is completely false and is being spread with malicious intent. Dr Farooq Abdullah has NOT availed of the Roshni Scheme for either his residence in Srinagar or in Jammu and anyone who says otherwise is lying,” the National Conference said in a press release.

The National Conference said that the news reports have no credibility as they are using sources to plant the story. The Jammu and Kashmir administration had recently published on its website a list of beneficiaries under the now-scrapped Roshni Act that included Farooq Abdullah and his son Omar Abdullah. The list also mentioned ministers, retired civil servants and politicians.

The list was released by the Jammu and Kashmir administration after the High Court declared the Roshni Act “illegal, unconstitutional and unsustainable”. A CBI probe was also ordered by the court into the alleged instances of irregularities in the allotment of land.

The Roshni Act was passed during the Farooq Abdullah government but was repealed by Governor Satya Pal Malik in 2018. The motive of the act was to stop the encroachment of land in Jammu and Kashmir by selling it to the occupants at market price.