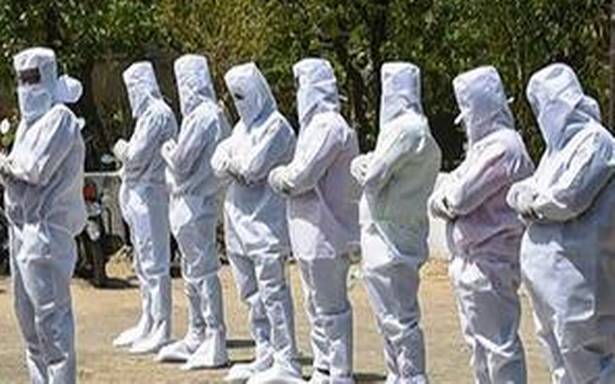 N. Ram urges media, NGOs to take the initiative to the masses

A national online memorial for all those who died of COVID-19 went live on January 30, which marked one year since India’s first COVID-19 case was reported in Kerala.

Addressing an online gathering during the launch of the portal, Abhijit Chowdhury of the Covid Care Network (CCN), a non-governmental organisation led by a team of doctors, said that although the website was built by CCN, it now belonged to the people.

N. Ram, Director, The Hindu Group of Publications and part of the advisory panel of the initiative, said society owed this to all those who died of COVID-19. He stressed the importance of memorialising all those who died.

‘More could have died’

Lauding Dr. Chowdhury and the team for the initiative, he said the fact that it was led by doctors gave it a lot of authority, gravitas and credentials. Highlighting that the actual number of deaths could be much higher than the 1.54 lakh reported so far, Mr. Ram stressed the need to memorialise as many of the reported deaths as possible. He appealed to the media, NGOs and activists to play a lead role in taking the initiative to the masses.

V. Mohan, chairman and chief of diabetology at Dr. Mohan’s Diabetes Specialities Centre, who is also on the advisory panel, pointed out how those who lost their loved ones turned emotional while sharing their grief during the online conference. This showed that the initiative had already touched a chord, he said.

He said while COVID-19 could be gone in a year from now, the resultant emotional distress would last decades.

Pointing out that the bereaved families could not even give a proper farewell to the dead due to safety concerns, Dr. Mohan said the online portal could be a platform for them to memorialise their loved ones.

covidmemorial.in had a simple but efficient verification mechanism wherein families should upload the death certificates of their loved ones or provide their contact number for verification through a phone call.