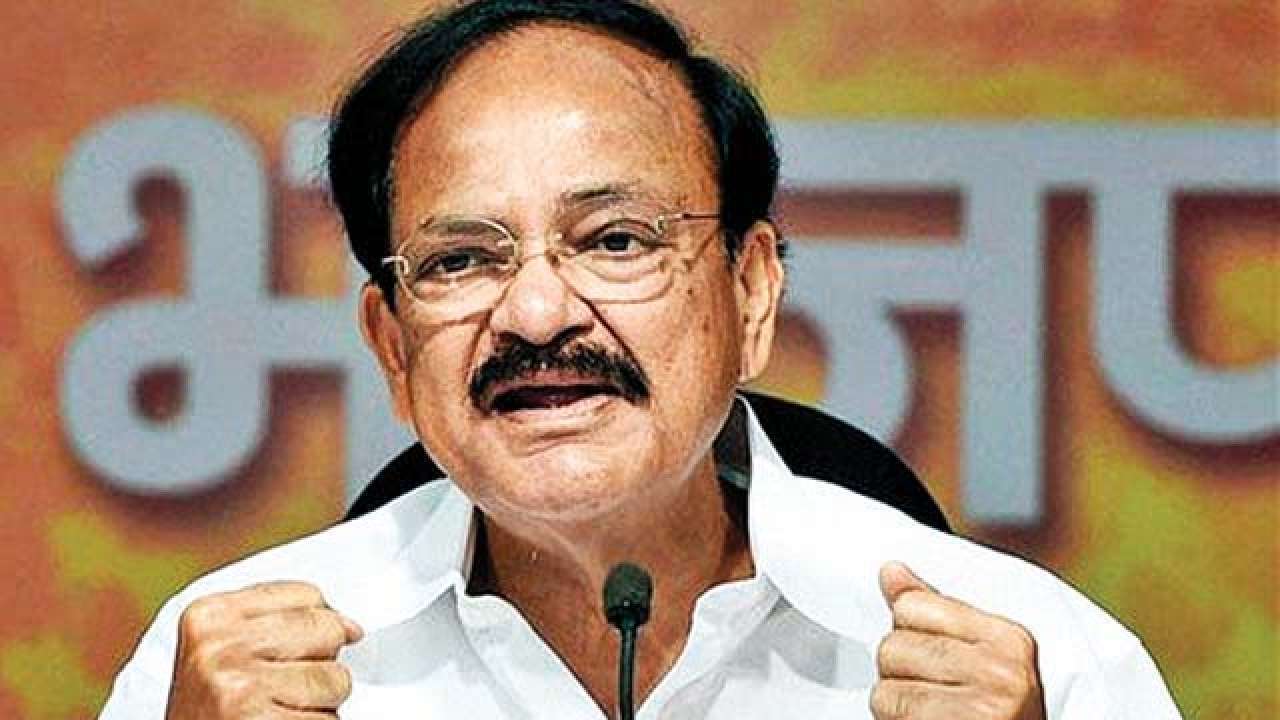 Vice President M Venkaiah Naidu on Saturday called upon the world community to come together to isolate nations that sponsor terrorism and impose sanctions against them.

Expressing his concern over the increasing scourge of terrorism, Vice President Venkaiah Naidu appealed to the United Nations to complete the deliberations and adopt India’s long-pending proposal of the ‘Comprehensive Convention on International Terrorism’.

Observing that no country was safe from the scourge of terrorism, he said that the days of platitudes were over and it was time for concrete action.

“There is also a need to reform the UN and create a more inclusive and equitable world order,” he added.

Virtually addressing the gathering at an event organised to present Lal Bahadur Shastri National Award for Excellence 2020 to Sudha Murty, Chairperson of Infosys Foundation for her philanthropic work by the Lal Bahadur Shastri Institute of Management, Naidu stressed the need for all the nations, particularly those in South Asia, to come together to promote peace, eradicate poverty, improve socio-economic conditions of the masses and wipe out the menace of terrorism.

The Vice President while paying rich tributes to former Prime Minister Lal Bahadur Shastri, said that he was a great son of India who rose from a humble beginning to the pre-eminent position of the Prime Minister of India and yet he always maintained simplicity, humility and humanitarian outlook.

“He displayed a statesman-like dignity, impeccable integrity and served the nation without ever compromising on high moral values,” he added.

Highlighting one of the important aspects of the personality of Lal Bahadur Shastri, the Vice President said that he had the remarkable ability to communicate effectively and negotiate skillfully.

“One of the secrets of his extraordinary success as a negotiator was his ability to see the other man`s point of view. He was always ready to make maximum allowance for another person’s feelings,” he added.

Naidu said that it was due to the former Prime Minister’s push to the green revolution and white revolution that the farmers were able to ensure food security and India became the largest producer of milk.

Complimenting the frontline warriors from various fields, the Vice President said, “In spite of the restrictions during the lockdown, our farmers acted as frontline warriors and rose to the occasion to produce enough food grains. Unmindful of the risk to their lives, doctors, nurses, healthcare workers, security forces, sanitation workers and media personnel too have been working with dedication in these testing times. My compliments to all of them!”

The Vice President said that while the centre and various state governments were taking a series of measures to help people, it was time that all Indians extended a helping hand to those who were adversely hit by the pandemic.

Naidu congratulated her and the Insofys Foundation for the immense support they extend to underprivileged sections through various projects in healthcare, education, public hygiene and rural development, among others.

Read More:  Ilham Aliyev — the President who went to war

Conveying his appreciation to Sudha Murty, the Vice President said, “Sudha Murty richly deserves all the accolades, honours and awards that came her way as she is the moving force behind the Infosys Foundation. She inspires people by her exemplary service.”

Describing her as a role model, he asked women to read and follow her life and teachings.

On this occasion, Shri Naidu also called upon the governments to make the life and teachings of great personalities such as Lal Bahadur Shastri part of the school curriculum.