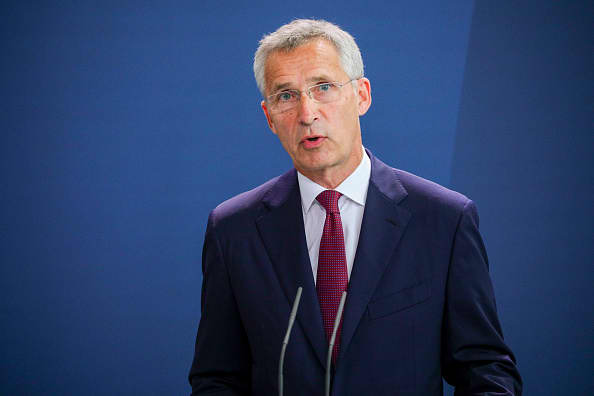 U.S. President Joe Biden is a “strong supporter” of NATO, and the alliance can be further strengthened with him in office, NATO’s Secretary-General Jens Stoltenberg said this week.

“President Biden and the inauguration of him as the new president represents a new chapter for our alliance because Joe Biden is such a strong supporter of NATO. He knows NATO very well,” the NATO chief told CNBC’s Hadley Gamble on Thursday.

This will be an opportunity to further strengthen NATO, he added, noting that Biden wants to rebuild alliances.

U.S. commitment to NATO reached a low point under former President Donald Trump. He repeatedly attacked allies for paying less than their fair share toward the group.

Stoltenberg said he looks forward to working with the new administration to address issues around the world.

“We are faced with so many challenges at the same time: the rise of China, the … shift in the global balance of power, a more assertive Russia using force against neighbors in Ukraine and elsewhere, and then, of course, the constant threat of terrorist attacks,” he said.

Separately, Stoltenberg weighed in on the drawdown of U.S. troops from Afghanistan and Iraq.

“We should be careful [about] not leaving too early,” he said. “At the same time, no one wants to stay in Afghanistan or Iraq longer than necessary.”

The Pentagon last week announced that the number of U.S. troops in both countries has been reduced to 2,500, as directed by Trump when he was president.

His administration signed an agreement with the Taliban in February that aims for a permanent ceasefire in Afghanistan and would reduce American military presence in the country.

What matters for me is that we make decisions together, that we are coordinating everything we do in Afghanistan.

NATO also has personnel in Afghanistan and Iraq.

Stoltenberg said NATO is in close consultation with the new U.S. administration. “We will face a difficult dilemma,” he said.

Leaving would risk losing the gains made in Afghanistan in fighting international terrorism and making social progress, but staying means continued involvement in a “difficult military conflict.”

“What matters for me is that we make decisions together, that we are coordinating everything we do in Afghanistan,” he said.

NATO plans to expand its presence in Iraq, Stoltenberg added.

“I strongly believe that the best way we can help to prevent ISIS terrorists from returning is by training the Iraqi forces, help them to fight the terrorists themselves,” he said.