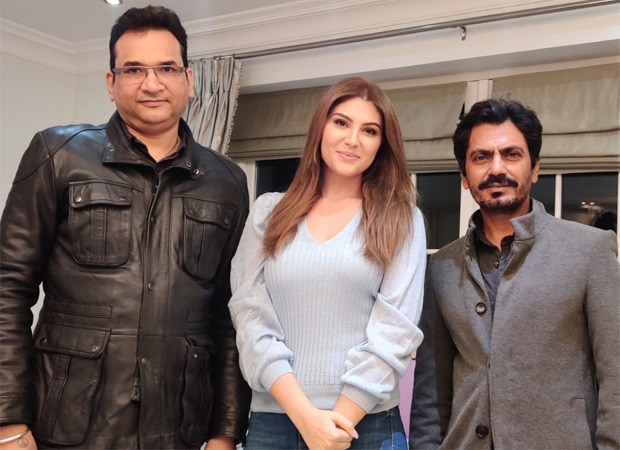 Nawazuddin Siddiqui is shooting in the nights in London for his new project Sangeen in spite of the city going into another lockdown. “It’s tough. But you know what they say? The show must go on. We’re working in a Covid bubble, and following all the guidelines. I am here in London for a month,” informs Nawaz.

The actor says he can’t reveal much about the film or his role. “It is a thriller. I play the protagonist of the film. Beyond that I am not allowed to say anything.”

The director Jaideep Chopra had made a thriller titled Maazi in 2013. The interesting aspect of Sangeen is that Nawazuddin plays a completely positive character, no shades of grey at all for a change.

Says Nawaz, “I have played quite a lot of positive characters in Manto, Ghoomketu, Bajrangi Bhaijaan, etc. It is just that my dark portrayals have left a deeper impact. During the lockdown I’ve been watching films from all over the world. Every film, every performance has something to teach me. There are so many different platforms for acting from the stage to street plays to cinema.”

Also Read: Nawazuddin Siddiqui flies to London for his next project, Sangeen