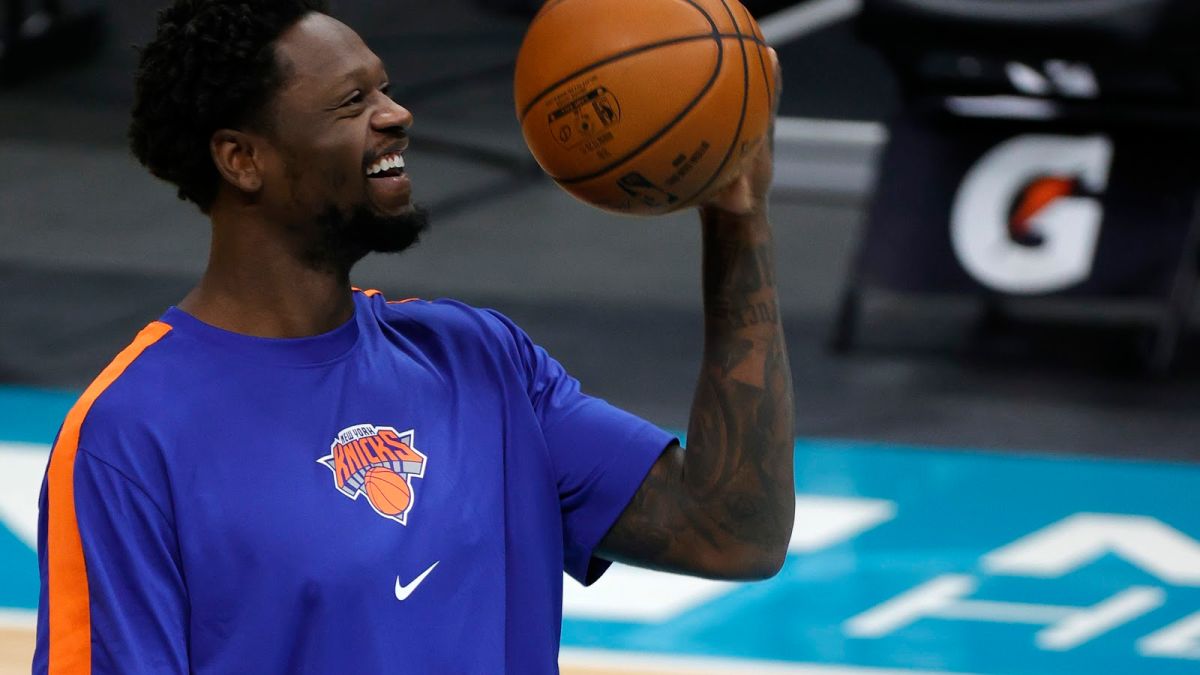 Hopefully you have enough money left over for your daily fantasy ventures after your hefty Dogecoin investment yesterday. Hold on to that like you should to potential future All-Star Julius Randle, who opens our 10-game slate of picks to end the work week.

Randle is still All-Star caliber. He continues to provide some of the most consistent big man fantasy production this season, continuing to be a triple-double threat on a nightly basis, though his assists have dropped to 6.0 per game. Still, he’s averaging 22.5 points and 11.3 rebounds, and is still tallying over 40 fantasy points per game about six weeks into the season. Tonight, Randle has the Cleveland Cavaliers, who he torched for 28 points, 12 rebounds, and 11 assists earlier in the season. Other elite shouts: Bradley Beal, Kevin Durant, Nikola Jokic, and Domantas Sabonis.

Prior to Wednesday, Brandon Ingram hadn’t a truly great fantasy outing in over two weeks. By no means has his actual basketball play suffered a great deal, as he is still among the most productive combo forwards in the game. But he averaged 21.6 points, 4.0 rebounds, and 3.6 assists in a seven-game stretch before erupting for 32 points, 8 assists, and 6 rebounds the last time out; all lower than his season averages of 23.9 / 5.6 / 4.8. Instead, go after his teammate Zion Williamson, who is averaging 26.8 points, 7.0 rebounds, and 2.4 assists over his last nine games. Gordon Hayward and DeMar DeRozan are also quality forward options, who produce similarly to Ingram, forward-wise.

After missing eight games due to injury, then returning to come off the bench for three more, Garland was back in the Cavaliers’ starting lineup two nights ago. Because of his injury and minutes-limit, Garland’s skyrocketing fantasy value plummeted like the approval rating of Robinhood. The 6-foot-1 point guard posted 14 points and four assists on 6-of-11 shooting in a win over the Detroit Pistons in his first start in 25 days. Before his injury, he averaged 17.2 points and 6.3 assists, and that includes an eight-point, two-assist game before being sidelined. With Sexland back healthy, the Cavaliers should remain competitive on many nights, and Garland provides intriguing value given his low price, which won’t be the case anymore very soon. Consider DeAndre Hunter, Bobby Portis, and Tim Hardaway Jr.

Teams like the Orlando Magic — whose games no one watches outside of league, team, or gambling die-hards — are usually the most interesting for these purposes. Guys pop up that most have never heard of and become some of the most coveted DFS and waiver wire names over time. Will that happen with Khem Birch? If his recent string of games continues, absolutely! (Though, it will be difficult to maintain such a pace.)

Though the Canadian big is averaging 7.1 points, and 6.6 rebounds per game while coming off the bench for Nikola Vucevic; Birch has shown the ability to explode on the boards occasionally. Birch will consistently land around his averages, but has recorded eight or more rebounds on six occasions this month, including four of 10 or more. Last game, Birch pulled down a season-high 14 boards in just 26 minutes, accompanying eight points and three assists. The price tag makes him worth a shot as a near double-double threat off the Magic bench, who has become the team’s second-man off the bench after shooting guard Terence Ross. Birch plays the Los Angeles Clippers, who are still without Kawhi Leonard and Paul George.