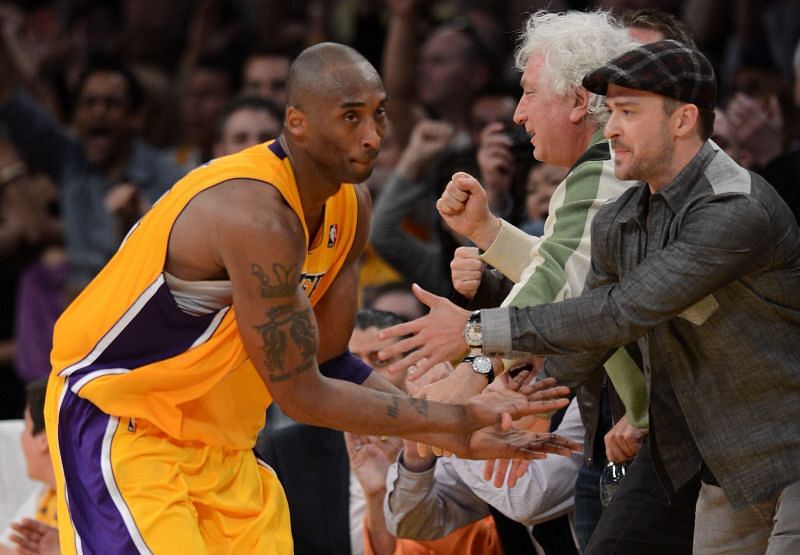 LA Lakers great Kobe Bryant was remembered by retired and current NBA players on his one-year death anniversary on Tuesday. His impact as a player and as an individual was also felt by other celebrities from various entertainment circles.

Bryant, and his daughter Gianna, had died in a tragic helicopter crash along with several others on January 26, 2020. People from across the world have shared their sadness a year later as they remembered the accident that took the life of one of the most revered athletes ever.

Fellow LA Lakers legend Magic Johnson tweeted that his relationship with Kobe Bryant was beyond a mentorship. He also posted several other tweets to honor Bryant.

Thank you God for allowing me enjoy Kobe Bryant for 20 years as a great basketball player, athlete, husband, father, philanthropist, mentor & teacher of the game to many men & women of all ages, best friend to Rob Pelinka, & brother to @jeaniebuss. pic.twitter.com/PgWY3wDzu6

Former teammate Jordan Clarkson, now with the Utah Jazz, posted a simple emoji-filled message, while Larry Nance Jr., who played with Byrant during his rookie year with the Lakers, decided to share a quote from the 5-time champion.

One of his closest friends on the LA Lakers and a family friend to the Bryant family, Pau Gasol shared his sentiments on social media.

7-time NBA champion and a teammate of Kobe Bryant during the Lakers dynasty of the early 2000s, Robert Horry posted this touching photo on Instagram and shared it on Twitter as well.

Atlanta Hawks star Trae Young shared a heartfelt message along with a couple of photos of him and Kobe Bryant.

5-time All-Star Kevin Love of the Cleveland Cavaliers said what many of us feel: that Bryant’s loss still seems like a dream.

Social media was filled with tributes to Kobe Bryant by other celebrities including those from the sports and entertainment world in general.

Model and celebrity host Tyra Banks took to Instagram to pay tribute to Bryant and his daughter.

Boxing champion Manny Pacquiao tweeted a photo of him and Kobe Bryant. The two athletes used to be Nike endorsers.

NFL defensive end J.J. Watt tweeted a quote from Kobe Bryant but added that the 18-time All-Star had finished his mission on earth.

Meanwhile, retired baseball great Alex Rodriguez seemed almost in tears as he posted his feelings in remembrance of his good friend.

“The most important thing is to try and inspire people so that they can be great in whatever they want to do.”

I can’t believe it’s been one year since we experienced the tragic loss of my brother, my friend, Kobe Bryant. It still doesn’t feel real.

Kobe was so much more than just a basketball player and he was destined for even more greatness. pic.twitter.com/l3ulx1mmaF

Singer, songwriter, and actor Justin Timberlake seemed to express shock at how soon it has been since Kobe Bryant’s passing.

Rapper and actor Common, who hosted the 2020 NBA All-Star Game last year, sent out “love and light” to all the lives lost from last year’s helicopter crash.

Today, we mourn the loss of Kobe and Gigi Bryant and all the lives lost on this day last year in a tragic helicopter accident. We send love and light to their families. They may be gone but they will never be forgotten. pic.twitter.com/3uyqeHzBwq

The University of Connecticut women’s basketball team also tweeted a tribute to Gianna, who wanted to be a member of the Huskies if she had been given the opportunity.

Gigi wrote this to the team after the Final Four loss in 2017. We remember her positive, shining energy.

We miss her. She’s forever one of us. 🤍 pic.twitter.com/CUaPmXWDuD

X
Eric Bieniemy should be an NFL head coach yesterday, but he deserves better than…SportsWill someone give this man a chance? Sit down, Texans, not you.Image: Getty ImagesEric Bieniemy is a coordinator for a defending Super Bowl champion, …
close